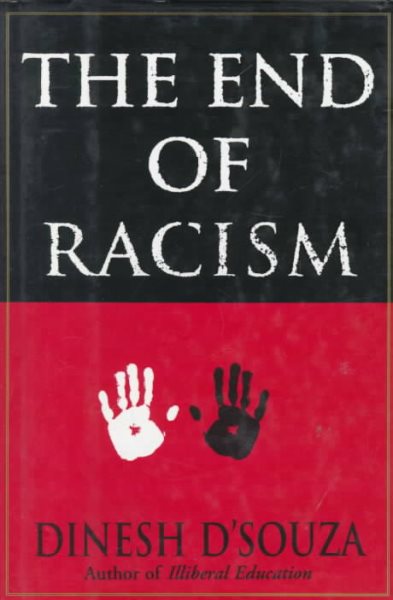 Presents the author's definition of racism, arguing that it is a cultural phenomenon specific to Western regions and tracing its history while evaluating its potential to end Read More
The End of Racism goes beyond familiar polemics to raise fundamental questions that no one else has asked: Is racial prejudice innate, or is it culturally acquired? Is it peculiar to the West, or is it found in all societies? What is the legacy of slavery, and what does America owe blacks as compensation for it? Did the civil rights movement succeed or fail in its attempt to overcome the legacy of segregation and racism? Is there such a thing as rational discrimination? Can persons of color be racist? Is racism really the most serious problem facing black Americans today, or is it a declining phenomenon? If racism had a beginning, shouldn't it be possible to envision its end?In a scrupulous and balanced study, D'Souza shows that racism is a distinctively Western phenomenon, arising at about the time of the first European encounters with non-Western peoples, and he chronicles the political, cultural, and intellectual history of racism as well as the twentieth-century liberal crusade against it. D'Souza proactively traces the limitations of the civil rights movement to its flawed assumptions about the nature of racism. He argues that the American obsession with race is fueled by a civil rights establishment that has a vested interest in perpetuating black dependency, and he concludes that the generation that marched with Martin Luther King, Jr. may be too committed to the paradigm of racial struggle to see the possibility of progress. Perhaps, D'Souza suggests, like the Hebrews who were forced to wander in the desert for 40 years, that generation may have to pass away before their descendants can enter the promised land of freedom and equality. In the meantime, however, many race activists are preaching despair and poisoning the minds of a younger generation which in fact displays far less racial consciousness and bigotry than any other in American history. The End of Racism summons profound historical, moral, and practical arguments against the civil rights orthodoxy which holds that "race matters" and that therefore we have no choice but to institutionalize race as the basis for identity and public policy. Read Less

Goodreads reviews for The End of Racism: Principles for a Multiracial Society