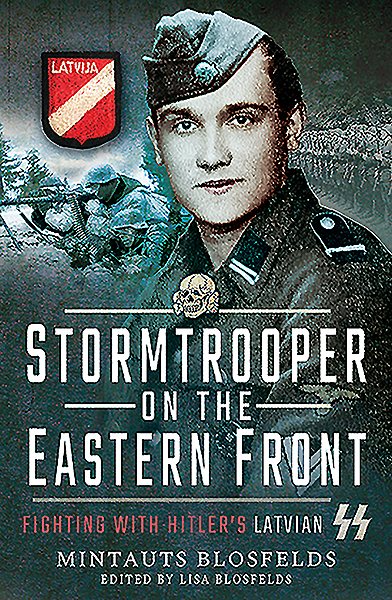 A rare memoir of fighting for the Germans in Russia during the winter 1943-44 before withdrawing through Poland into Germany. Read More
Following the conquest of his native Latvia by the Nazis, the author was given the stark choice: service in the SS or forced labor in a slave camp. So he 'volunteered' to fight for the Nazis. He describes his training and how he became an instructor before being sent into Russia. He nearly perished during the terrible winter of 1943-44 being wounded and finding himself with his friend lying dead on top of him. As the tide turned and the Russians advanced remorselessly through. He was wounded twice more and awarded the Iron Cross for bravery.With German resistance collapsing, the author had to flee for his life - capture by the Russians meant almost certain death. He surrendered to the Americans but describes the neglect he suffered at their hands. Unable to return to Latvia now occupied by the Russians, he became a Displaced Person eventually settling in the UK. Read Less

Goodreads reviews for Stormtrooper on the Eastern Front: Fighting with Hitler's Latvian SS

Measures of Effectiveness: Peace Operations and Beyond