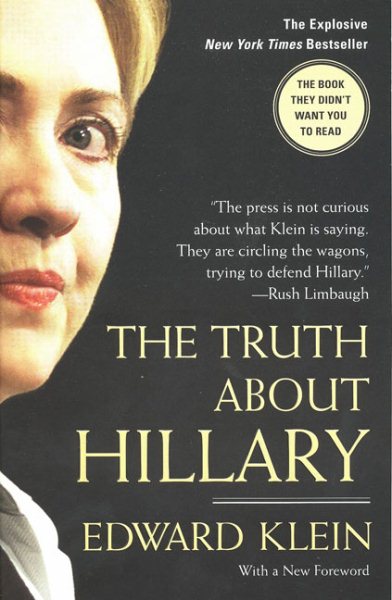 Traces the life and career of Hillary Rodham Clinton, offering a look into the character of the woman who has her sights on the White House. Read More
Hillary Rodham Clinton is the most polarizing figure in American politics. Love her or hate her, everyone has a strong opinion about the former first lady turned senator who is almost certainly going to run for president in 2008. Despite more than a dozen years in the national spotlight and more than a dozen unauthorized books about her, she has managed to keep many secrets from the public especially about her turbulent marriage and its impact on her career. There have been plenty of rumors about what Hillary and Bill Clinton did behind closed doors, but never a definitive book that exposes the truth. Bestselling author Edward Klein draws on rare access to inside sources to reveal what Hillary knew and when she knew it during her years as first lady, especially during her husband’s impeachment. Klein’s book, embargoed until publication, will break news about the choices and calculations she has made over the years. It will also prove that she lied to America in her bestselling autobiography Living History. When she was just a little girl, Hillary Rodham dreamed of becoming the first female president, and her lifelong dream is almost within reach. But just as the swift boat veterans convinced millions of voters that John Kerry lacked the character to be president, Klein’s book will influence everyone who is sizing up the character of Hillary Clinton. Read Less

Goodreads reviews for The Truth About Hillary: What She Knew, When She Knew It, and How Far She'll Go to Become President

Blood Feud: The Clintons vs. the Obamas

All Out War: The Plot to Destroy Trump