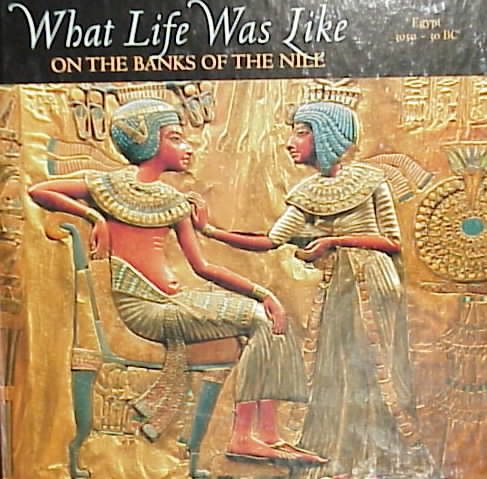 Provides an overview of three-thousand years of Egyptian history, from its first dynasty in 3050 B.C. to its Roman occupation in 30 B.C. Read More
Like many of his predecessors, Ramses III enjoyed the luxury of a large harem, filled with beautiful Egyptian women and foreign princesses. But harems, while pleasurable, could also pose a risk to a king and his chosen successor. In the 32nd year of Ramses' reign, one of his secondary wives plotted to assassinate him and set her own son, rather than Ramses' designated heir, upon the throne. With great cunning, she convinced other women of the harem, their guards, and some of the pharaoh's closest advisers to join forces with her. Although they would be punished with death if they failed, the conspirators set their plans in motion, determined to bring Ramses down by any means necessary, including witchcraft.What Life Was Like On the Banks of the Nile recounts Ramses' chilling tale and many other intriguing, true accounts of the lives of the ancient Egyptians. Their dazzling civilization, which was born by the river Nile and flourished by 3,000 years, captures our imagination as no other culture before or since. Their magnificent pyramids, colossal temples, and brooding Sphinx never fail to awe and astound us. But even more amazing are other artifacts, ones that the Egyptians never meant for us to see - rolls of papyrus, pottery chips, and tombs - that tell us about the people who built the grand structures that grace the Egyptian landscape. Read Less

Goodreads reviews for What Life was Like on the Banks of the Nile: Egypt 3050 - 30 BC