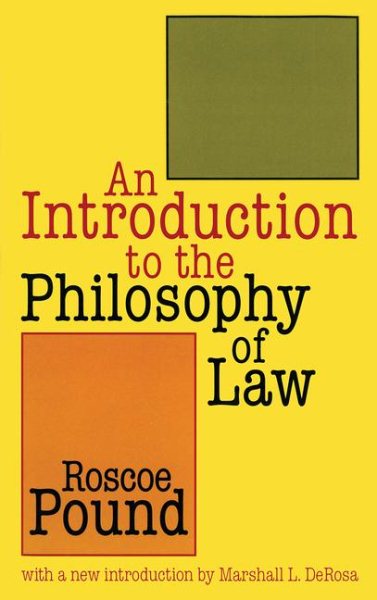 Pound demonstrates philosophy's influence throughout the history of law. He examines what it has done for major problems within the science of law and how these problems may be treated philosophically, irrespective of their individual time periods. Read More
In An Introduction to the Philosophy of Law, Roscoe Pound shows how philosophy has been a powerful instrument throughout the history of law. He examines what philosophy has done for some of the chief problems of the science of law and how it is possible to look at those problems philosophically without treating them in terms of a particular time period. The function of legal philosophy, writes Pound, is to rationally formulate a general theory of law which conforms to the interests, the general security first and foremost, of society. Marshall DeRosa writes in his new introduction that in the light of twentieth-century judicial politics, Roscoe Pound's philosophy of law has prevailed to a significant extent. This book's relevance to appreciating the development of the American legal system in all its complexities - including liability law, contract law, and property law - is in itself notable. But, in terms of understanding the twentieth-century development of the American rule of law, An Introduction to the Philosophy of Law is indispensable. It will make an invaluable addition to the personal libraries of legal theorists, philosophers, political scientists, and historians of American law. Read Less

The spirit of the common law (Beacon series in classics of t...

An Introduction to the Philosophy of Law (The Storrs Lecture...