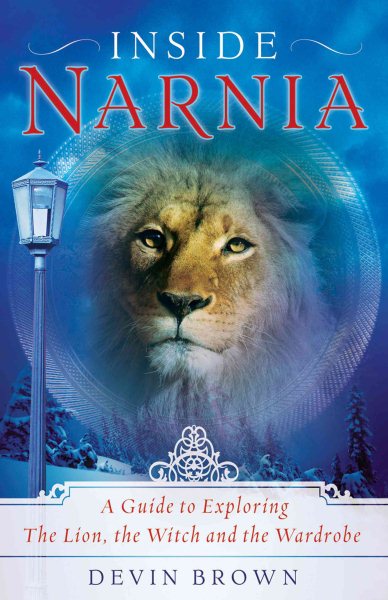 Presents an analysis of C.S. Lewis's "The Lion, the Witch, and the Wardrobe," covering such topics as symbols, hidden meanings, and missed details from each chapter. Read More
The Chronicles of Narnia series has sold over 85 million copies worldwide and single-handedly introduced people of all ages to the central doctrines of Christianity. Anticipating the December 2005 Walden Media/Walt Disney Pictures release of The Lion, the Witch and the Wardrobe, this book guides readers through the novel that started it all. Inside Narnia offers a close reading of The Lion, the Witch and the Wardrobe. Tracing through the book chapter by chapter, Devin Brown explores the features of C. S. Lewis's writing, supplies supplemental information on Lewis's life and other books, offers comments and opinions from other Lewis scholars, and shows the work's rich meanings. Insightful and thorough, Inside Narnia will dig deeper into Lewis's magical world to reveal biblical truths that often go uncovered. Fans of C. S. Lewis and those who will meet him through the upcoming film release will want to read this book. Read Less

Goodreads reviews for Inside Narnia: A Guide to Exploring The Lion, the Witch and the Wardrobe

Inside Prince Caspian: A Guide to Exploring the Return to Na...