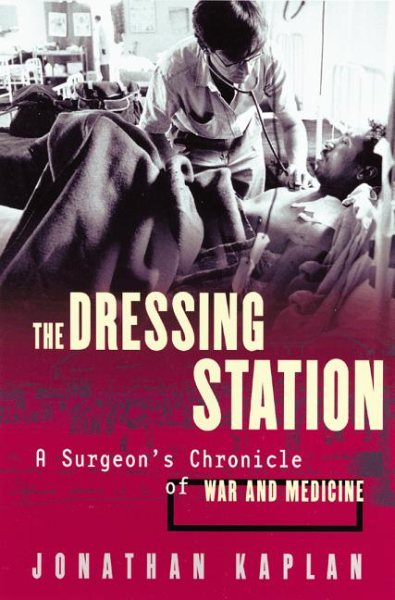 A trauma surgeon describes his life as a field doctor in various locales around the world as he reveals the devastation he has encountered in some of the zones of conflict in which he has worked. Read More
The Dressing Station is a searing portrait of devastation on the battlefield that "illuminates the consequences of war and the ambiguities of relief work at a time when these issues couldn't matter more." (Caroline Fraser, Outside) From treating the casualties of apartheid in Cape Town to operating on Kurdish guerrillas in northern Iraq at the end of the Gulf War, Jonathan Kaplan has saved (and lost) lives in the remotest corners of the world in the most extreme conditions. He has been a hospital surgeon, a ship's physician, an air-ambulance doctor, and a trauma surgeon. He has worked in locations as diverse as England, Burma, Eritrea, the Amazon, Mozambique, and the United States. In this story of unforgettable adventure and tragedy, Dr. Kaplan explores the great challenge of his career -- to maintain his humanity even when that option does not seem possible. The Dressing Station is a haunting and elucidating look into the nature of human violence, the shattering contradictions of war, and the complicated role of medicine in this modern world. "A unique mix of biography and reportage, both personal and clinical," it is "a rare insight into the mind of a surgeon." -- Sue Cullinan, Time "Eloquent ... Beautifully written ... Provides a startling glimpse of battlefield surgery in those conflicts that CNN does not cover." -- Abraham Verghese, The New York Times Book Review "Kaplan ... has a keen sense of the smaller moments that leaven the agonies of daily life." -- Julian B. Orenstein, The Washington Post Read Less

Goodreads reviews for The Dressing Station: A Surgeon's Chronicle of War and Medicine