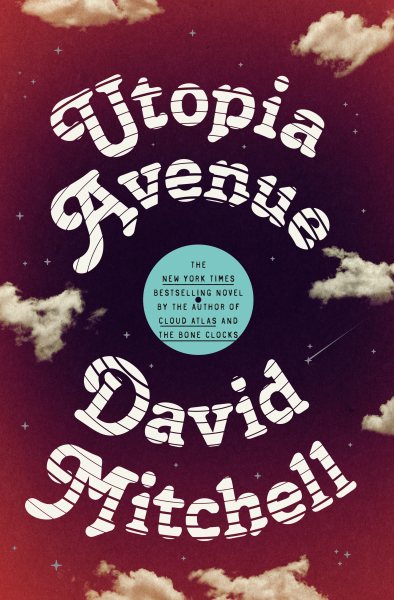 The members of a music band in 1967 London navigate the era’s parties, drugs and politics as well as their own egos and tragedies while exploring transformative perspectives about youth, art and fame. By the award-winning author of Cloud Atlas. Read More
NEW YORK TIMES BESTSELLER • The long-awaited new novel from the bestselling, prize-winning author of Cloud Atlas and The Bone Clocks.New York Times Book Review Editors’ Choice • “Mitchell’s rich imaginative stews bubble with history and drama, and this time the flavor is a blend of Carnaby Street and Chateau Marmont.”—The Washington Post   “A sheer pleasure to read . . . Mitchell’s prose is suppler and richer than ever . . . Making your way through this novel feels like riding a high-end convertible down Hollywood Boulevard.”—Slate  NAMED ONE OF THE BEST BOOKS OF THE YEAR BY The Washington Post • NPR • USA Today • The Guardian • The Independent • Kirkus Reviews • Men’s Health • PopMattersUtopia Avenue is the strangest British band you’ve never heard of. Emerging from London’s psychedelic scene in 1967, and fronted by folk singer Elf Holloway, blues bassist Dean Moss and guitar virtuoso Jasper de Zoet, Utopia Avenue embarked on a meteoric journey from the seedy clubs of Soho, a TV debut on Top of the Pops, the cusp of chart success, glory in Amsterdam, prison in Rome, and a fateful American sojourn in the Chelsea Hotel, Laurel Canyon, and San Francisco during the autumn of ’68.David Mitchell’s kaleidoscopic novel tells the unexpurgated story of Utopia Avenue’s turbulent life and times; of fame’s Faustian pact and stardom’s wobbly ladder; of the families we choose and the ones we don’t; of voices in the head, and the truths and lies they whisper; of music, madness, and idealism. Can we really change the world, or does the world change us? Read Less