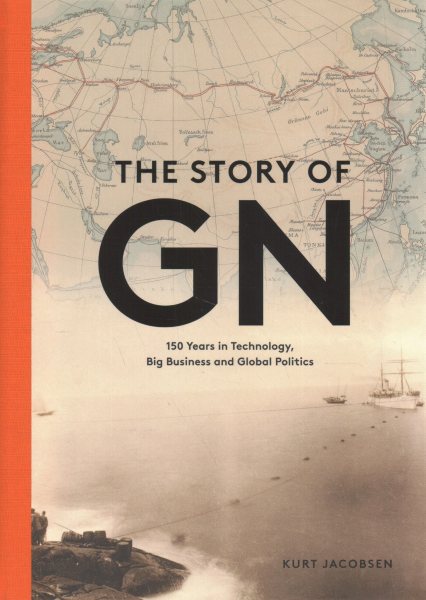 This book tells the dramatic story of the Danish company GN Store Nord and its founder, industrialist and visionary C.F. Tietgen, the forefather of modern communication. Read More
C.F. Tietgen and the Great Northern Telegraph Company made history when they set up telegraph cables in China and Japan in 1870-1871 and thus connected the two countries with the rest of the world through the worldwide communication network. Soon transatlantic submarine cables across the Pacific Ocean and North Atlantic Ocean followed. The book unfolds the history of Tietgen’s company through the 19th and 20th century with rivals, revolutions, and civil wars in China and Russia, conflicts and wars in the Pacific Ocean and East Asia, the terror during Stalin’s reign, and not least two world wars and the Cold War up until today’s globalized and digitalized world. The story moves through government offices and imperial chambers in China, Russia, Japan, and UK, the construction of telegraph lines in Chinese paddy fields, and cable-laying in unknown waters, travels on horseback through the impassable Siberia, and seminal decisions in contemporary boardrooms.After the Second World War, GN Store Nord had to reinvent itself several times. The subsidiary STORNO became one of the world’s biggest manufacturers of mobile phones, and the telecommunication company Sonofon was the first to challenge the state monopoly on telephony and network traffic in Denmark. For 150 years there has been numerous crises and downturns of which several have threatened the existence of GN Store Nord. The company recovered every time, and today GN Group – made up of GN Hearing and GN Audio – is a global leader in hearing aid technology and headsets. The book is based on archival research in Denmark, Russia, UK, and China. Read Less

Goodreads reviews for The Story of GN: 150 Years in Technology, Big Business and Global Politics

Curly A Young Greyhound's Thrilling Struggle to Become a Cha...