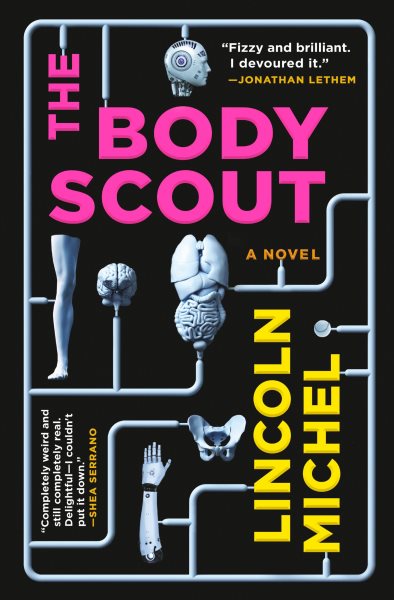 "Kobo has some problems. His cybernetics are a decade out of date, he's got a pair of twin sister loan sharks knocking on his door, and his work scouting for a baseball league run by pharmaceutical companies is about to go belly-up. Things couldn't get much worse. Then his childhood best friend--Monsanto Mets slugger J.J. Zunz--is murdered at home plate. Determined to find the killer, Kobo plunges into the dark corners and glittering cloud condos of a world ravaged by climate change and repeat pandemics,and where genetic editing and advanced drugs mean you can have any body you want--as long as you can afford it. But even among the philosophical Neanderthals, zootech weapons, and genetically modified CEOs, there's a curveball he never could have called"-- Read More
<div><p><b>In this “timeless and original” sci-fi thriller (<i>New York Times</i>), a hardboiled baseball scout must solve the murder of his brother in a world transformed by body modification, perfect for readers of William Gibson and Max Barry.<br><br>An <i>Esquire </i>Pick for the Top 50 Sci-Fi Books of All Time</b><br><br><b>A <i>New York Times</i> Best Sci-Fi and Fantasy Novel of 2021</b><br><br><b>"A breathlessly paced techno-thriller characterized by stunning, spiky worldbuilding." </b>—<b> <i>Esquire</i></b></p><p>In the future you can have any body you want—as long as you can afford it.</p><p>But in a New York ravaged by climate change and repeat pandemics, Kobo is barely scraping by. He scouts the latest in gene-edited talent for Big Pharma-owned baseball teams, but his own cybernetics are a decade out of date and twin sister loan sharks are banging down his door. Things couldn&#39;t get much worse.</p><p>Then his brother—Monsanto Mets slugger J.J. Zunz—is murdered at home plate.</p><p>Determined to find the killer, Kobo plunges into a world of genetically modified CEOs, philosophical Neanderthals, and back-alley body modification, only to quickly find he&#39;s in a game far bigger and more corrupt than he imagined. To keep himself together while the world is falling apart, he&#39;ll have to navigate a time where both body and soul are sold to the highest bidder.</p><p>Diamond-sharp and savagely wry, <i>The Body Scout</i> is a timely science fiction thriller debut set in an all-too-possible future.</p><p>"I devoured it." —Jonathan Lethem</p><p>"Completely weird and still completely real. Delightful—I couldn&#39;t put it down."—Shea Serrano</p></div> Read Less

Goodreads reviews for The Body Scout: A Novel