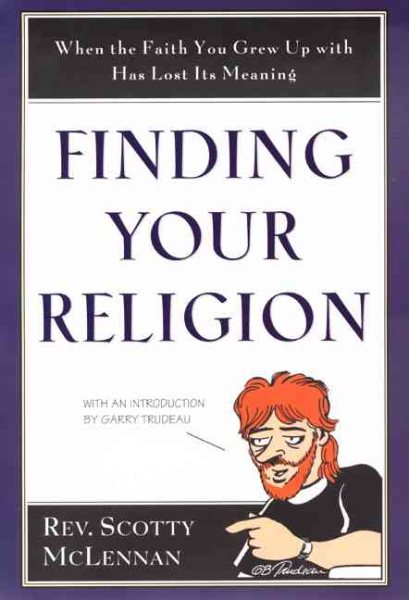 A guide to re-invigorating a lackluster spiritual life illustrates six stages of spiritual development--magic, reality, dependence, independence, interdependence, and unity--and shows how they influence our relationship with religion and the divine Read More
"Starting with my own experiences in college in the 1960s and early 1970s, I have learned a great deal about how people lose and find their own religion. I've come to see it very much as an ongoing process that never stops. For many people, the faith they grew up with loses its meaning during adolescence. Others who never had any faith in childhood begin exploring religion for the first time in adolescence or young adulthood. I've come to realize that there are identifiable stages of spiritual development that people go through, no matter what their religious tradition is or isn't. Just as we grow emotionally and intellectually over the years, so we grow spiritually, if we allow ourselves.-- from the bookTufts University Chaplain Scotty McLennan (the inspiration for Doonesbury's Reverend Scot Sloan) offers an indispensable guidebook to those seeking a new spiritual path or wishing to reconnect to the religion of their youth. He reassures anyone at a spiritual crossroads--those who have become disillusioned with or even abandoned the religion of their youth--that finding a relevant and fulfilling spirituality is a process of understanding one's place in any of six universal stages of faith: Magic, Reality, Dependence, Independence, Interdependence, and Unity. He offers signposts and checklists for determining where readers are own their own spiritual journey, and for helping them grow and develop. By recognizing a progression of steps toward a faith of one's own choosing, McLennan explains, one can more fully open one's soul to its spiritual destiny. Read Less

Goodreads reviews for Finding Your Religion: When the Faith You Grew Up With Has Lost Its Meaning

Finding Your Religion: When the Faith You Grew Up With Has L...

Riders of the night,: A novel of cattle-land,

The story of Fort Frayne,