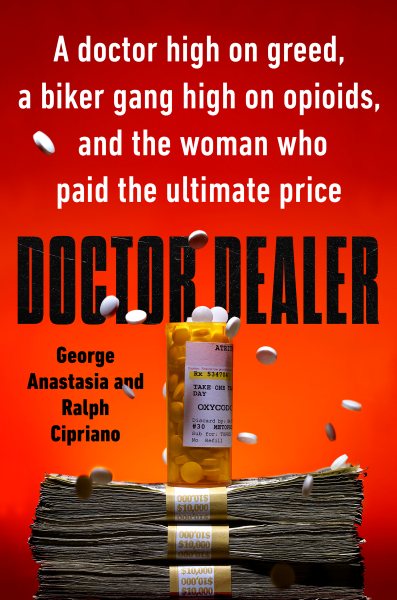 Two award-winning journalists recount the 2012 murder of radio personality and veteran-rights advocate April Kauffman and the subsequent discovery of her husband’s secret double life as one of the Pagan gang’s most prolific drug traffickers. Original. Illustrations. Read More
Dr. James Kauffman and his wife, April, were the perfect couple: a respected endocrinologist and a beautiful radio host. But under the surface lurked a world of drugs, sex, and biker gangs. A world Dr. Kauffman would kill to keep secret.In May 2012, April Kauffman, a well-known local radio personality and staunch advocate of military veterans rights, was found shot to death in the bedroom of the home she shared with her husband, Dr. James Kauffman. Six years later, in the fall of 2018, Freddy Augello, a leader of the notorious motorcycle gang the Pagans, went on trial for drug dealing and murder. He was charged with arranging the death of April Kauffman in exchange for $50,000 from her husband, who, in addition to practicing medicine, was one of the area's most prolific drug traffickers. Told by two accomplished reporters and authors with exclusive insights and details provided by two principal players, this is the story about one man's descent into evil and the people he took with him. It's a story about a doctor who helped flood the streets with opioids, about a husband who hid dark secrets from his wives, and about a man so consumed with greed and arrogance that he thought he could get away with murder. Read Less

Goodreads reviews for Doctor Dealer: A doctor high on greed, a biker gang high on opioids, and the woman who paid the ultimate price

In the name of God: the Khomeini decade