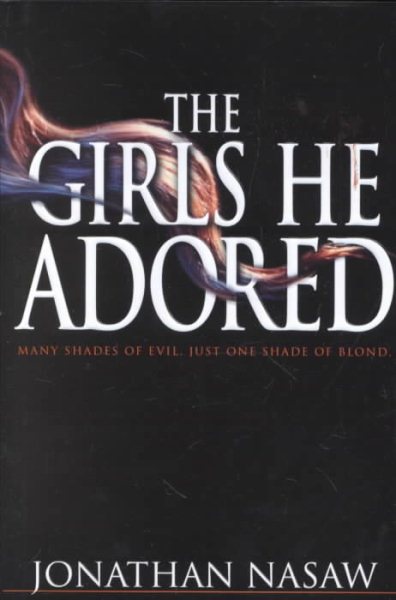 Picked up during a routine traffic stop in Monterey, California, a clever killer with multiple personalities makes a daring escape from custody with Irene Cogan, his court-appointed psychiatrist, as his captive. Read More
For ten years, the charmingly disheveled veteran FBI Special Agent E.L. Pender has been investigating the apparently random disappearances of a dozen women across the country. The only detail the cases have in common is the strawberry blond color of the victims' hair, and the presence of a mystery man with whom they were last seen. Then, in Monterey, California, a routine traffic stop erupts into a scene of horrific violence. The local police are stunned by a disemboweled strawberry blond victim and an ingenious killer with multiple alternating personalities. Pender is convinced he has found his man, but before he can prove it, the suspect stages a cunning jailbreak and abducts his court-appointed psychiatrist, Irene Cogan. In a house on a secluded ridge in Oregon, Irene must navigate through the minefield of her captor's various egos -- male and female, brilliant and nave, murderous and passive -- all of whom are dominated by Max, a seductive killer who views her as both his prisoner and his salvation. Irene knows that to survive she must play along with Max's game of sexual perversion. Only then will she be able to strip back the layers to discover a chilling story of a shattered young boy -- and all the girls he adored. A sexually charged thriller of extraordinary originality and page-turning suspense, The Girls He Adored moves furiously from the inner recesses of the psyche to its final, startling climax. Jonathan Nasaw brilliantly portrays two equally intense characters -- a deviant killer and the expert who can unlock his darkest secrets -- and introduces one of the most likable sleuths in recent fiction. Read Less

Goodreads reviews for The Girls He Adored

The World on Blood: 8

Fear Itself : A Novel