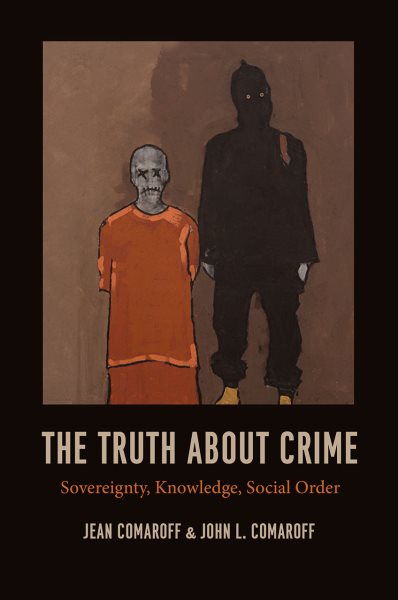 This new book by the well-known anthropologists Jean and John L. Comaroff explores the global preoccupation with criminality in the early twenty-first century, a preoccupation strikingly disproportionate, in most places and for most people, to the risks posed by lawlessness to the conduct of everyday life. Ours in an epoch in which law-making, law-breaking, and law-enforcement are ever more critical registers in which societies construct, contest, and confront truths about themselves, an epoch in which criminology, broadly defined, has displaced sociology as the privileged means by which the social world knows itself. They also argue that as the result of a tectonic shift in the triangulation of capital, the state, and governance, the meanings attached to crime and, with it, the nature of policing, have undergone significant change; also, that there has been a palpable muddying of the lines between legality and illegality, between corruption and conventional business; even between crime-and-policing, which exist, nowadays, in ever greater, hyphenated complicity. Thinking through Crime and Policing is, therefore, an excursion into the contemporary Order of Things; or, rather, into the metaphysic of disorder that saturates the late modern world, indeed, has become its leitmotif. It is also a meditation on sovereignty and citizenship, on civility, class, and race, on the law and its transgression, on the political economy of representation. Read More
In this book, renowned anthropologists Jean and John L. Comaroff make a startling but absolutely convincing claim about our modern era: it is not by our arts, our politics, or our science that we understand ourselves&apos;it is by our crimes. Surveying an astonishing range of forms of crime and policing&apos;from petty thefts to the multibillion-dollar scams of too-big-to-fail financial institutions to the collateral damage of war&apos;they take readers into the disorder of the late modern world. Looking at recent transformations in the triangulation of capital, the state, and governance that have led to an era where crime and policing are ever more complicit, they offer a powerful meditation on the new forms of sovereignty, citizenship, class, race, law, and political economy of representation that have arisen.             To do so, the Comaroffs draw on their vast knowledge of South Africa, especially, and its struggle to build a democracy founded on the rule of law out of the wreckage of long years of violence and oppression. There they explore everything from the fascination with the supernatural in policing to the extreme measures people take to prevent home invasion, drawing illuminating comparisons to the United States and United Kingdom. Going beyond South Africa, they offer a global criminal anthropology that attests to criminality as the constitutive fact of contemporary life, the vernacular by which politics are conducted, moral panics voiced, and populations ruled.               The result is a disturbing but necessary portrait of the modern era, one that asks critical new questions about how we see ourselves, how we think about morality, and how we are going to proceed as a global society. Read Less

Spanish Stirrup and Other Stories

Something New Under the Sun: An Environmental History of the...