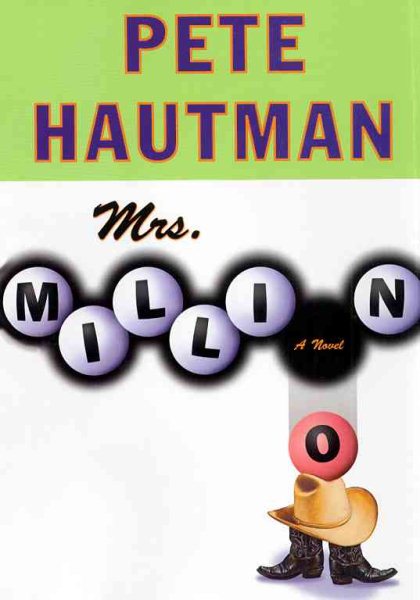 When Barbaraannette Quinn wins the lottery and offers a million dollar reward to anyone willing to drag her missing husband, Bobby, home to Cold Rock, she discovers that mixing love and money can be a mistake Read More
Everybody loves somebody sometime. Everybody falls in love somehow. But when you mix love with a million dollars, somebody's going to get hurt. Barbaraannette Quinn loved her husband, Bobby, right up until the day he got in his Jeep, left their home in Cold Rock, Minnesota, and never returned. She's waited six years for him either to turn up dead or walk through her door with a crooked smile and a pocketful of lies. Everything changes when Barbaraannette wins the lottery. Bobby Quinn is alive, well, and watching TV when Barbaraannette suddenly appears on-screen waving a snapshot of him and offering a million dollars to anyone who can find her runaway husband and drag him back to Cold Rock. Bobby and his girlfriend, Phlox, decide that she will turn him in, collect the million bucks, and then they'll both hightail it back to Arizona to live happily ever after. Unfortunately, everybody wants a piece of Bobby -- including a pair of hulking good ole boys, who figure Bobby owes them, and a sociopathic pretty-boy fresh out of St. Cloud Correctional, who notices that Barbaraannette's offer doesn't require that Bobby arrive alive. Toss in a shy, marathon-running banker, a lovestruck humanities professor, and Barbaraannette's kleptomaniac mother, and things start getting a little hot in Cold Rock. "I've really started something, haven't I?" Barbaraannette says. What she's started is a crackpot criminal conspiracy the likes of which you've never seen. Mrs. Million is Pete Hautman's wildest and funniest work yet, a tale certain to reach the first rank of criminal comedies. Read Less