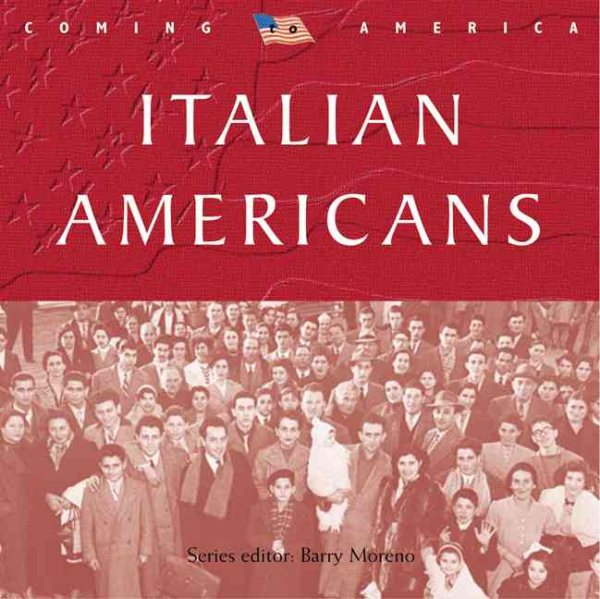 Here are vivid evocations of New York’s Little Italy and San Francisco’s Italian communi... Read More
Here are vivid evocations of New York’s Little Italy and San Francisco’s Italian community around Fisherman’s Wharf, along with the warm family life and neighborhood festivals, the wonderful Italian cuisine, the merchants and tradesmen, the underworld figures, the political leaders, and much more. Brief biographies touch on the lives of physicist Enrico Fermi, politicians Fiorello LaGuardia and Rudolph Giuliani, sportsman Joe DiMaggio, and many others.This important new series documents and dramatizes the immigration experience of untold numbers of men, women, and children who arrived in America from the four corners of the world. As they assimilated into American society, they enriched the nation’s character and experience. Many of America’s immigrants passed through the Ellis Island Immigration Center in New York Harbor during the late nineteenth and early twentieth centuries. What were the initial hopes and fears of these new arrivals? Where did they first settle, and what kinds of work did they find? Which elements from their various cultures have since blended into the national scene and helped reshape what has become modern America? The first titles in this dramatic series bring alive the experiences of four important ethnic groups, with contemporary photos and first-person accounts of their dramatic, life-changing experiences. Readers glimpse each group’s social customs, family life, traditional food and drink, festivals, and much more. There are also brief but vivid capsule biographies of famous individuals who rose to prominence from each ethnic group. Approximately 150 illustrations in each book. Read Less

The Statue of Liberty Encyclopedia