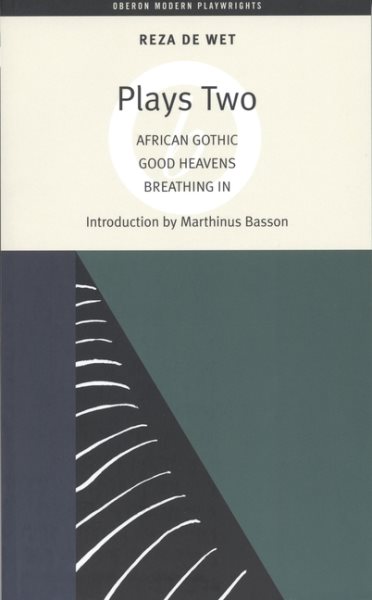 De Wet has won more theatre and literary awards than any other South African playwright Read More
Includes the plays African Gothic, Good Heavens and Breathing InA farm lies in ruin. And with mother and father now gone, a brother and sister face eviction by an officious lawyer. Abandoned, they endlessly enact the rituals of punishment once visited upon them by their parents. Widely regarded as a milestone in South African theatre, the multi-award winning play African Gothic tells the story of their final 'dance macabre'. Despite overwhelming critical acclaim, it was also fiercely condemned by Afrikaans conservatives as being a subversive portrayal of repression. Good Heavens is a comedy thriller with the dark poetic heart of a folk-tale. Two spinster sisters, with their ailing mother and simple-minded brother, await the annual visit of their youngest sister. Deeply envious of her beauty and youth, they hatch a diabolical plot to rid themselves of her forever. In Breathing In, on a stormy night in the last bitter months of the Second Anglo-Boer War, a seriously wounded General and his faithful Adjutant encounter a mysterious woman and her seductive other-wordly daughter, and are confronted with the subtle methods of survival these women have been forced to adopt. Accustomed to the rigours of war, the corageous Adjutant now faces a terrible choice. Read Less