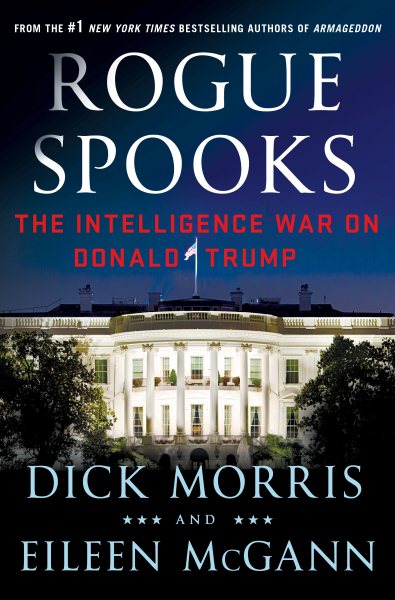 Asserts that anti-Trump partisans are scheming to overturn the will of the American electorate by paralyzing the Trump presidency. Read More
This is the story of an attempted coup d'état—now in progress—by rogue intelligence agents. The goal: to overthrow the presidency of Donald Trump and subvert the will of the electorate.Donald Trump's first 100 days in office were roiled by allegations of treasonous contacts between his campaign team and the Kremlin to rig the election. These outrageous charges first surfaced in the notorious “Trump Dossier,” an unverified document of suspect provenance, full of wild and salacious accusations. This dossier—filled with little more than gossip, rumor, and innuendo—was compiled by Christopher Steele, a former British intelligence operative who teamed up with the FBI and anti-Trump partisans. Hillary Clinton supporters paid for Steele’s work. When no news media would publish the unverified dossier, the ex-spook enlisted the help of a former UK ambassador to Russia, who arranged in turn for a former U.S. assistant secretary of state to get the document to Senator John McCain, in the hope that he would then bring it to FBI Director James Comey’s attention. McCain did just that.Comey himself played a critical role in the dossier ultimately going public, giving a confidential summary to President Obama and congressional leaders. It was immediately leaked by rogue spooks in order to demean, destabilize, and destroy Donald Trump’s nascent presidency.The dossier and this mythical intelligence are the basis for the phony claims about a Russia-Trump collusion to steal the election. No proof was found. No substantiation uncovered. Even Comey told Trump he was not under investigation for the Russian meddling charges.But that didn’t end the leaks or the allegations. Working in concert with liberal news outlets, these rogue spooks have formed a new Intel/Media complex that threatens our democracy. Rogue Spooks will reveal how it works.Readers of Rogue Spooks, from bestselling authors Dick Morris and Eileen McGann, will be shocked to learn the truth about the false accusations against President Trump in the flawed dossier. They’ll be interested to know how leaks to the media fueled the phony scandal, and how intelligence agencies will try to use the newly appointed special prosecutor to oust President Trump. They will also learn what we can do—specifically—to stop them. Read Less