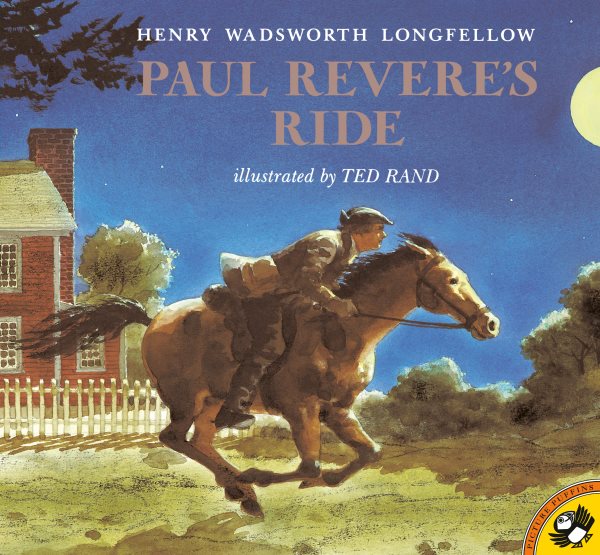 The famous narrative poem recreating Paul Revere's midnight ride in 1775 to warn the people of the Boston countryside that the British were coming Read More
Longfellow's tribute to the famous revolutionary hero begins with the stirring cadence that American schoolchildren have committed to memory for over a century. Now illustrator Ted Rand brings these vivid and beautiful lines to life as dramatically as the poet's immortal message inspires."The clatter of hooves seems to echo in Rand's evocative paintings of that famed midnight ride...." --Kirkus reviews Read Less