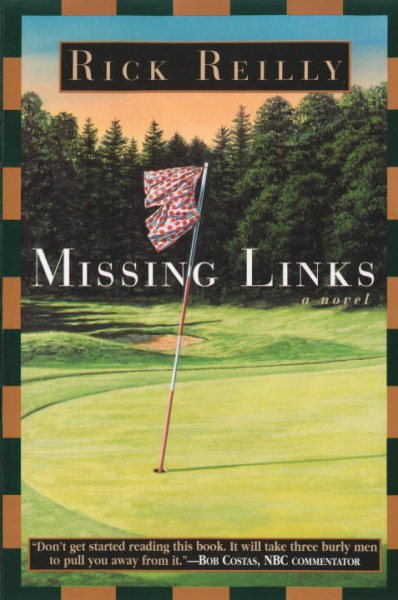 When four middle-class male friends make a bet on who will be the first to sneak his way onto Boston's most exclusive golf course, what seems like a lark changes their relationships for good and ill. Reprint. Read More
When a group of middle-class buddies obsessed with golf set up a bet to see who can finagle their way onto the nearby private course, their friendship is tested in ways they had never expected in this humorous novel from Rick Reilly, one of America’s most popular sportswriters.   Missing Links is the story of four middle class buddies who live outside of Boston and for years have been 1) utterly obsessed with golf and 2) a regular foursome at Ponkaquoque Municipal Course and Deli, not so fondly known as Ponky, the single worst golf course in America. Just adjacent to these municipal links lies the Mayflower Country Club, the most exclusive private course in all of Boston and a major needle in their collective sides. Frustrated by the Mayflower's finely manicured greens and snooty members, three of Ponky's finest and most courageous—Two Down, Dannie, and Stick—set up a bet: $1,000.00 apiece, and the first man to somehow finagle his way on to the Mayflower course takes all. Lying, cheating, and forgery are encouraged, to put it mildly, and with the constant heckling and rare aid of Chunkin' Charlie, Hoover, and Bluto--a few more of Ponky's elite--the games begin. One of the three will eventually play the Mayflower's course, but their friendships--and everything else--will change as various truths unravel and the old Ponky starts looking like the home they never should have left. Read Less

Sports Illustrated: Hate Mail from Cheerleaders and Other Ad...