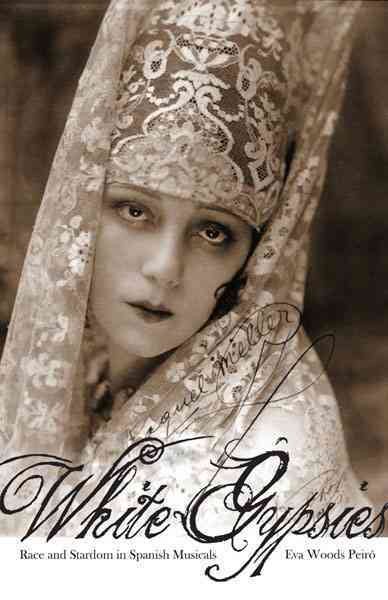 Reveals how Spanish film musicals, long dismissed as unworthy of critical scrutiny, illuminate Spain's relationship to modernity Read More
Little has been written about the Spanish film musical, a genre usually associated with the early Franco dictatorship and dismissed by critics as reactionary, escapist fare. A timely and valuable corrective, White Gypsies shows how the Spanish folkloric musical films of the 1940s and &apos;50s are inextricably tied to anxious concerns about race&apos;especially, but not only, Gypsiness. Focusing on the processes of identity formation in twentieth-century Spain&apos;with multifaceted readings of the cinematic construction of class, gender, and sexuality&apos;Eva Woods Peiró explores how these popular films allowed audiences to negotiate and imaginatively, at times problematically, resolve complex social contradictions. The intricate interweaving of race and modernity is particularly evident in her scrutiny of a striking popular phenomenon: how the musicals progressively whitened their stars, even as their story lines became increasingly Andalusianized and Gypsified.White Gypsies reveals how these imaginary individuals constituted a veritable cultural barometer of how racial thinking was projected and understood across a broad swath of popular Spanish cinema. Read Less

It's a Christmas Thing