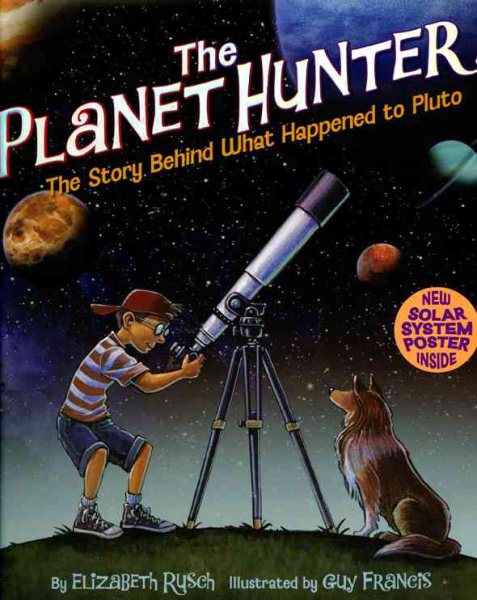 Presents the life of astronomer Mike Brown, who discovered Quaoar and Eris, two orbiting objects similar in size to Pluto, a discovery which led to a redefinition of what makes an object a planet and a removal of Pluto from the list of planets. Read More
Mike's discovery caused an uproar. Astronomers around the globe asked: What is a planet anyway? As a kid, Mike Brown gazed at his poster of the nine planets and wondered: Is there more out there? The hunt was on. This nonfiction picture book tells the story of astronomer Mike Brown, from his childhood, to his growing curiosity about our solar system, to his amazing discoveries. Read Less

Goodreads reviews for The Planet Hunter: The Story Behind What Happened to Pluto

Clark the Shark: Too Many Treats (I Can Read Level 1)

Clark the Shark: Tooth Trouble, No. 1

Clark the Shark: Lost and Found (I Can Read Level 1)