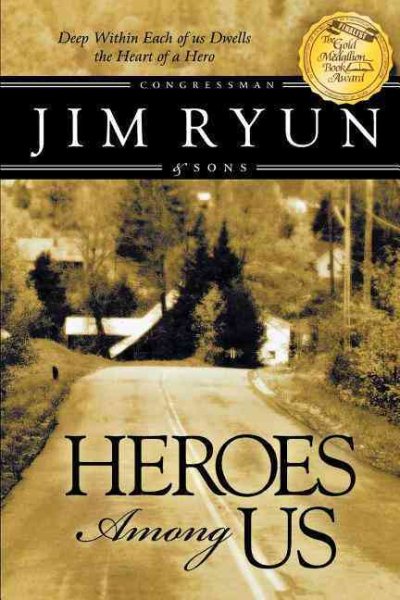 We live in a world where rock superstars, athletes, celebrities, and successful business pe... Read More
We live in a world where rock superstars, athletes, celebrities, and successful business people are paraded across the big screen and featured on the news as though beauty and fame and money and power made them modern-day heroes. We seem to have lost sight of what a real hero is.Yet America needs true heroes now more than ever. Not Supermen with super hero powers, but real men and women of character who will stand up and with conviction, make right and often hard choices in every circumstance. People who show us what it is to be good, to be brave, to be guided by conscience and character. Men and women who are examples, whose courage shows us the way we should go.Congressman Jim Ryun has provided a wealth of stories of quiet historical heroes who have, for the most part, been ignored by popular culture and nearly lost in the mist of the past. This book is not about popular heroes or cultural icons such as George Washington or Abraham Lincoln. These heroes were common people who stood firm in the face of tyranny, to give their lives for others, and to right the wrongs of social injustice. Their stories will inspire you to rise up to slay the dragons of your world. Read Less

Goodreads reviews for Heroes Among Us: Deep Within Each of Us Dwells the Heart of a Hereo

Traveling Mercies: Some Thoughts on Faith