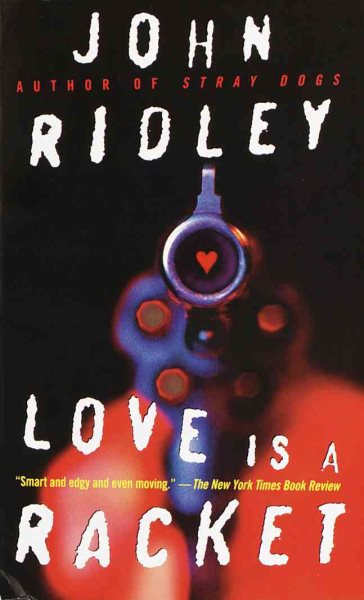 An alcoholic street hustler and failed screenwriter with a loan shark on his back, Jeffty Kittridge stumbles upon a beautiful, young homeless woman and cooks up the scheme of a lifetime, only to fall prey to love. Reprint. Read More
In his first novel since Stray Dogs, John Ridley offers up a brilliant noir farce about a small-time con man who finally gets it right just before it all goes wrong.        Everything's a racket for Jeffty Kittridge, a thirty- seven-year-old ex-wannabe scriptwriter living on the skids in Hollywood--the two-bit cons he pulls for spending money; the way he convinces himself that he's not a drunk between every shot of booze he kicks back; the way he tries to assure Dumas, the local shark, that he's just about to pay off his 15K debt . . . Except he's not good at any of that. He's been in jail twice (and the state's got a bad attitude about seeing someone the third time); that bug he just felt crawling up his neck is most likely the first installment of the DTs; and Dumas recently delivered a fairly emphatic payment-due reminder: a couple of his goons busted two of Jeffty's fingers. The fact is, Jeffty's a loser, big as they come, and things aren't about to change up for him anytime soon: "I would've felt . . . near terminally depressed," he tells us as his story begins to unfold, "but I was so used to my life all I felt was content." Then he stumbles on salvation: a dirt-caked, street-hardened, exquisitely beautiful young homeless woman named Mona--Jeffty prefers to think of her as Angel--who inspires both his love and the idea for the perfect con. It's Jeffty's chance to hit it big, and to be set for good in his new life with his new love. "The thing about love," Jeffty declares, "is no matter how twisted, or wrong, or evil, it never dies." But as the momentum of the con carries him closer and closer to what he imagines will be a moment of blissed-out consummation with his angel Mona, Jeffty discovers there are some severe exceptions to his rule.Smart, edgy, caustically funny, Love Is a Racket puts John Ridley in a darkly comic league of his own.From the Hardcover edition. Read Less

Goodreads reviews for Love Is a Racket