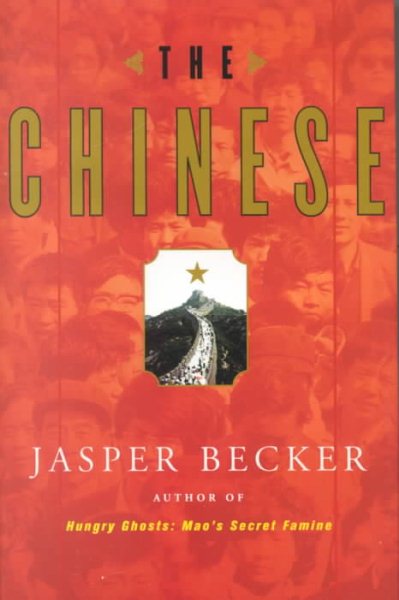 A journalist and longtime China insider offers a portrait of modern China, introducing regions of the country not often seen or discussed by Westerners and capturing the real-life stories of the Chinese people. Read More
China's 1.25 billion people comprise nearly a quarter of the world's population.More people live in China than in North America, the European Union, and the former Soviet countries combined. But what do we really know about these millions of people? And what is the future of their frequently misunderstood, increasingly powerful country? In The Chinese, Jasper Becker, China's premier resident western correspondent, strips the country of its myths and captures the Chinese as they really live. For nearly two decades Becker has lived in China, and reported from areas where western journalists are forbidden. His award-winning Hungry Ghosts, hailed for its brutal honesty in the west, was banned in China. Here Becker is more candid still, reporting from all over the country: from the tiny, crowded homes of the swollen megalopolises of the southeast rim to a vast, secret network of thousands of defense bunkers in the northwest. He exposes Chinese society in layers from the bottom upward: from remote, illiterate peasants; to the rising classes of businessmen; to local despots; to the twenty grades of Party apparatchiks; to the dominant, comparatively small caste of party leaders who are often ignorant of the people they rule. Becker lets the Chinese speak for themselves, in voices that are rich and moving. We meet such characters as Nian Guangjiu, an aspiring entrepreneur who sold melon seeds, and was arrested for "corruption," "misuse of public funds," and "hooliganism" over the course of his career, before finally being named in 1998 as one of ninety-six "Heroes of Reform"; and Li Xiaohua, the first man in China to buy a Ferrari, who was arrested for peddling watches before a hair-restoring potion made him a millionaire. He met his wife, the daughter of a senior general, when she took pity on him because he could not afford bus fare. We also learn a great deal about the magnitude -- and the false face -- of China's vaunted economic boom. In the Guangdong province we meet Mrs. Qin, a member of the Zhuang people, just one of China's fifty-five identified ethnic minorities. Half of the children in her province are malnourished; ninety percent have chronic worm infections. Institutionalized crime, Becker shows, is one result of this breathtaking poverty, and smuggling in China is big business; a sting in Hainan -- one of China's "special economic zones" -- revealed a single shadow company that had illegally imported 89,000 luxury cars and 3 million televisions. Another in Zhan Jiang involved the Party chief and 600 other officials. Becker reports from Shaashen, Mao's birthplace, where the failure of a plan to attract tourists forced residents and local police to invest in prostitution instead. Long regarded apprehensively as our Next Great Enemy, Becker's China is both something very different and much greater than the stereotype suggests. The Chinese is the hidden story of the people of the world's largest nation. Not since Hedrick Smith's The Russians has a nation so poorly understood and so vital to the future been so fascinatingly laid bare. Read Less

Goodreads reviews for The Chinese

The City of Heavenly Tranquillity: Beijing in the History of...