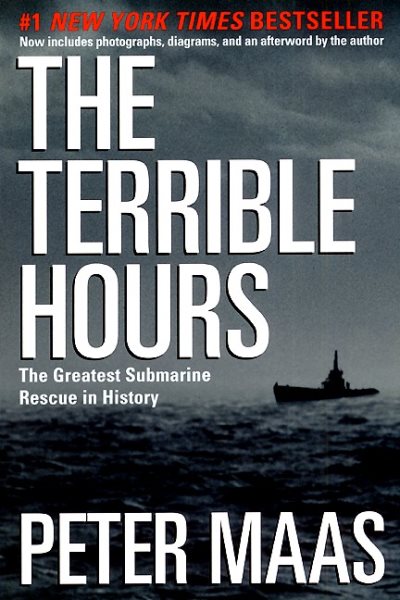 Provides an account of how, shortly before World War II, a heroic Naval officer named Swede Momsen led the efforts to save thirty three men trapped in a sunken submarine. Read More
On the eve of World War II, the Squalus, America's newest submarine, plunged into the North Atlantic. Miraculously, thirty-three crew members still survived. While their loved ones waited in unbearable tension on shore, their ultimate fate would depend upon one man, U.S. Navy officer Charles "Swede" Momsen -- an extraordinary combination of visionary, scientist, and man of action. In this thrilling true narrative, prize-winning author Peter Maas brings us in the vivid detail a moment-by-moment account of the disaster and the man at its center. Could he actually pluck those men from a watery grave? Or had all his pioneering work been in vain? Read Less

Goodreads reviews for The Terrible Hours: The Greatest Submarine Rescue in History

The Terrible Hours: The Man Behind the Greatest Submarine Re...