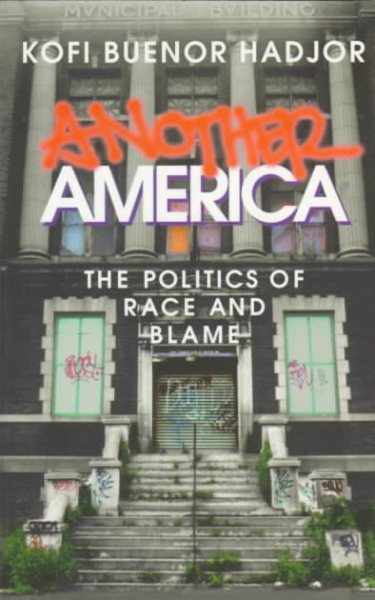 Provocative and compelling, Kofi Buenor Hadjor's work debunks the myth that race is not an important factor in U.S. life, and argues that racial issues are often camoflauged in neoconservative debates and policy proposals on crime, welfare, poverty and family values. Another America tackles a wide range of issues, including the role of media in perpetuating common misunderstandings about race, the consequences of reduced funds for employment training, housing and education, and the reasoning behind conservative scapegoating of African Americans. Read More
Born in the flames of the Los Angeles rebellion, Another America, is a fiery collection of trenchant essays on race, class, and politics. Provocative and compelling, Kofi Buenor Hadjor's work argues that racial issues are often camouflaged in neoconservative debates and policy proposals about crime, welfare, poverty, and family values.The U.S. government's ongoing war on the underclass, the assaults on affirmative action, the myth of reverse discrimination, the so-called war on drugs give weight to Hadjor's theory that African Americans are being blamed for their plight in a society where racism remains an integral part of all institutions. Read Less

Goodreads reviews for Another America: The Politics of Race and Blame

Africa in an Era of Crisis