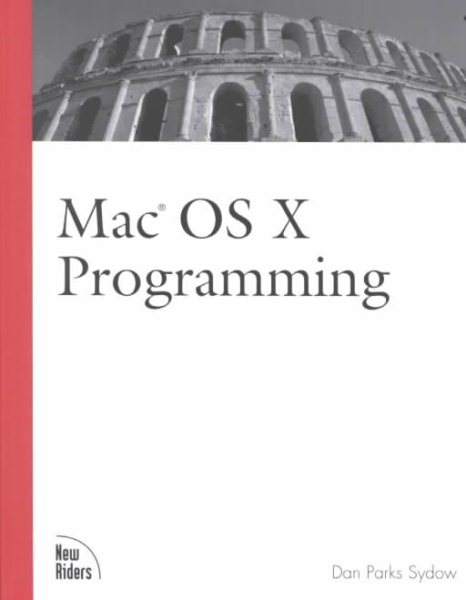 This book provides the reader with definitions, details, and explanations of the various components... Read More
This book provides the reader with definitions, details, and explanations of the various components that make up this new operating system. Understanding the operating system helps the reader use the programming tools and the Carbon application programming interface (API) - both of which are covered extensively in this book.Mac OS X is a blend of old and new. Much of the original programming API (now referred to as the Classic API) is still usable. But it's been revamped and renamed - it's now the Carbon API. This modified set of functions includes plenty of new routines that make a Mac programmer's work easier and more powerful - provided that the programmer knows how to make use of the new code. The reader learns about the all new Carbon Event Manager, as well as the changes and enhancements that have been made to existing managers (such as the Window Manager and the Menu Manager).Readers new to Mac programming will appreciate the journey that takes them from the start of a new Macintosh project to the final build of a standalone Mac OS X application. Readers experienced in programming the Mac will also find this same material of great interest - and these readers will also benefit from the lengthy section on porting existing Mac OS 8 and 9 applications to Mac OS X. Finally, all readers will appreciate the Carbon API reference section that provides information and example code for dozens of the most commonly used Carbon routines. Read Less

Programming the Be Operating System: Writing Programs for th...

Metrowerks Codewarrior Programming for the Mac (The Authoriz...