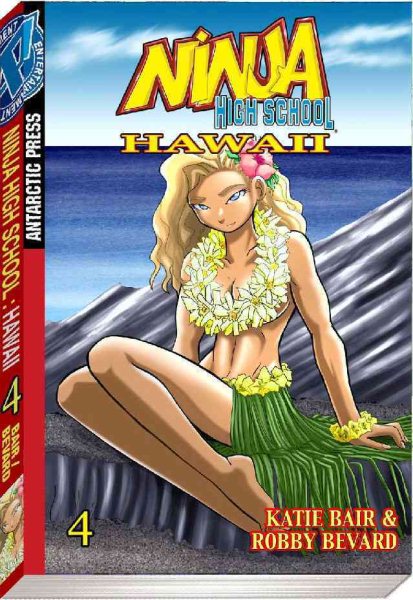 Yumei Katana, a ninja-in-training who often saves the world while attending an ordinary high school, decides to take a break and visit her aunt in Hawaii, but assassines, bullies, and sweethearts make Hawaii even more dangerous than home. Read More
Teenage ninja girl Yumei has gotten used to surviving havoc in Hawaii. On adaily basis, she is assaulted by a blind ninja samurai, an overly talkativebully and an obnoxious, buxom wrestler. And she has boyfriend who might just bethe son of a Norse god. After a raid on a clandestine facility full of soullessclones of a classmate, Yumei has to be saved from the cloners' vengeance. Thenher friend Junzo falls for a merman, Yumei ends up on a "date" with her would-beassassin Yoji, Janitor Li reveals his tragic back-story and goody-goody Yoshikohas to deal with her evil twin! Read Less