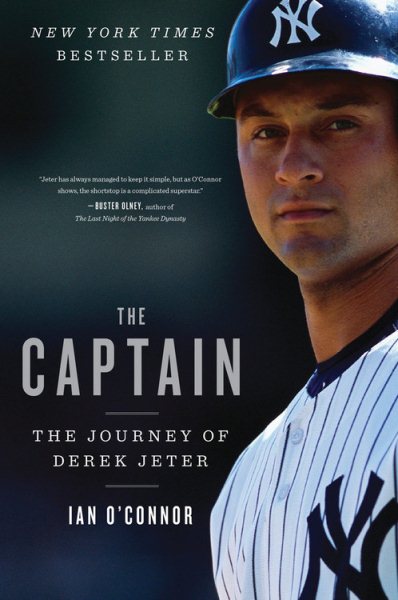 Draws on unique access and more than two hundred interviews to trace the beloved baseball player's early life and athletic achievements, profiling the character traits that have made him a fan favorite while citing his status as a dedicated steroid-free player. Read More
&apos;Derek Jeter is undoubtedly the most talked about, argued about, cheered, booed and ultimately respected baseball player of his generation. And as public a figure as he has been, he is in many ways the least known. That changes now as Ian O&apos;Connor, one of the best sports writers anywhere, goes deep and does what no one has quite been able to do: Tell us a bit about who Derek Jeter really is.&apos;&apos;Joe Posnanski, author of The Machine&apos;Deftly told.&apos;&apos;Washington PostIn The Captain, Ian O&apos;Connor draws on unique access to Derek Jeter and more than 200 new interviews to reveal how a biracial kid from Michigan became New York&apos;s most beloved sports figure and the face of the steroid-free athlete. O&apos;Connor takes us behind the scenes of a legendary baseball life, from Jeter&apos;s early struggles in the minor leagues, when homesickness and errors threatened a stillborn career, to the heady days of Yankee superiority and nightlife, to the battles with former best friend A-Rod. All along the way, Jeter has made his Hall-of-Fame destiny look easy. But behind that leadership and hero&apos;s grace there are hidden struggles and complexities that have never been explored, until now. Read Less

Goodreads reviews for The Captain: The Journey of Derek Jeter

Belichick: The Making of the Greatest Football Coach of All...

The Jump: Sebastian Telfair and the High-Stakes Business of...

The Jump: Sebastian Telfair and the High-Stakes Business of...