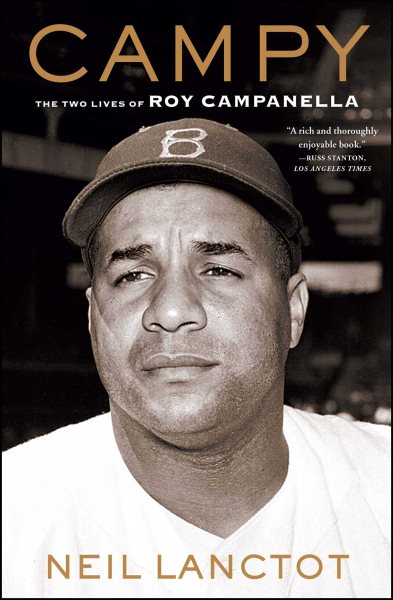 Traces the life and career of the gifted athlete, tracing his achievements playing with the Negro Leagues and Brooklyn Dodgers before the accident that rendered him a quadriplegic and pioneer in rehabilitative physical therapy. Read More
Now in paperback&apos;the &apos;first truly comprehensive&apos; (Milwaukee Journal Sentinel) biography of one of the sporting world&apos;s most inspiring and courageous figures and one of the greatest catchers in baseball history: &apos;Rich and thoroughly enjoyable&apos; (Los Angeles Times).ROY CAMPANELLA was the backbone of the great Brooklyn Dodgers teams of the late 1940s and 1950s, alongside such other Hall of Famers as Jackie Robinson and Duke Snider. An outstanding defensive catcher and a powerful slugger, Campy won the National League MVP Award three times. But everything changed on a rainy January night in 1958 when Campy&apos;s car skidded off the road and he was left paralyzed below the neck. For the second time in his life, Roy Campanella would become a pioneer, this time off the field. Neil Lanctot&apos;s Campy is the magnificent, authoritative biography of this exuberant, gifted athlete. Read Less

Goodreads reviews for Campy: The Two Lives of Roy Campanella

Lincoln and the Russians

By Woldman, Albert A