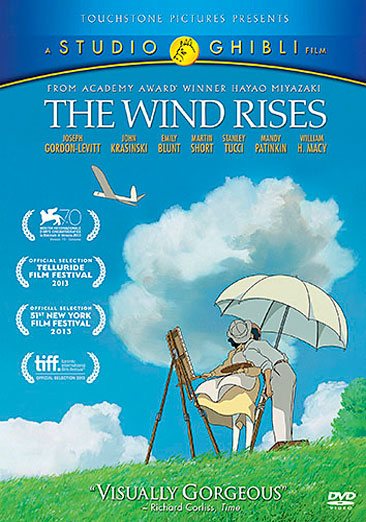 Dramatizes the life of Jiro Horikoshi as he designs modern fighter planes against the backdrop of Japan's national tragedies in the years between World War I and World War II. Read More
"From Academy Award-winning filmmaker Hayao Miyazaki (Best Animated Feature, SPIRITED AWAY, 2002) comes a spellbinding movie beyond compare. Experience ""perhaps the greatest animated film the cinema has ever seen"" (David Ehrlich, Film.com) on DVD and Blu-ray. Jiro dreams of flying and designing beautiful airplanes, inspired by the famous Italian aeronautical designer Caproni. Nearsighted and unable to be a pilot, he becomes one of the world's most accomplished airplane designers, experiencing key historical events in an epic tale of love, perseverance and the challenges of living and making choices in a turbulent world. Bring home the film that has dazzled fans and critics around the globe." Read Less