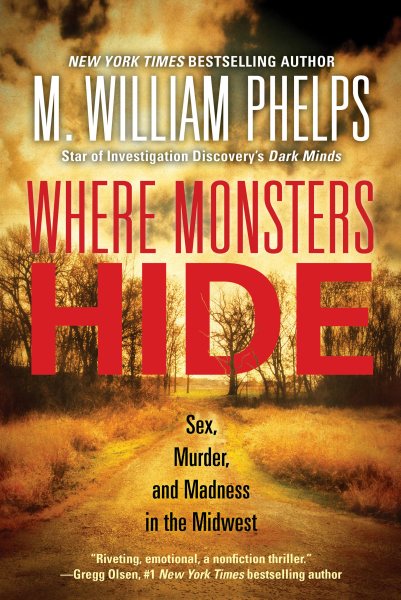 Recounts the investigation into Chris Regan's murder by the Iron River police department, which determined that his lover, a married woman, killed Regan and framed her husband for the crime. Read More
A tragic missing person case spirals into an unrelenting murder mystery. Intrigue, deception, and serial homicide erupt in the latest real-life thriller by New York Times bestselling investigative journalist M. William Phelps.   In October 2014, after Chris Regan failed to arrive at his new job, his ex-girlfriend filed a missing-person report. Something was off. It was not like Chris, a devoted father, avid hiker, and all-around great guy, not to show up. When local Michigan police chief Laura Frizzo learned Chris was having an affair with Kelly Cochran, a married co-worker, suspicion fell on her husband, Jason. After a search warrant on their house revealed several suspicious items, the Cochrans abruptly moved to Indiana. As questions swirled around the case, the whereabouts of Chris Regan remained unknown.   Sixteen months later Jason Cochran died from a drug overdose. Friends and family rallied around the grieving and distraught Kelly. But when the coroner ruled Jason’s death a homicide, no one reacted more bizarrely than his widow. For months detectives tried to put Kelly’s past into focus, but the truth was buried under a patchwork of lies, contradictions, and brutally horrific revelations. As Kelly Cochran, a Purdue graduate and psychology major, played “catch me if you can,” a mesmerizing story emerged that rivals today’s bestselling fiction in its drama and fascination. In the hands of veteran investigative journalist M. William Phelps, her staggering saga of murder, revenge, and payback surpasses anything that could go wrong in a season of Fargo.   “Phelps is the Harlan Coben of real-life thrillers.” —Allison Brennan   “Anything by Phelps is an eye-opening experience.”  —Suspense Magazine   “Phelps is one of America’s finest true-crime authors.”—Vincent Bugliosi “Master of true crime . . .”  —Real Crime magazine Read Less

Goodreads reviews for Where Monsters Hide: Sex, Murder, and Madness in the Midwest