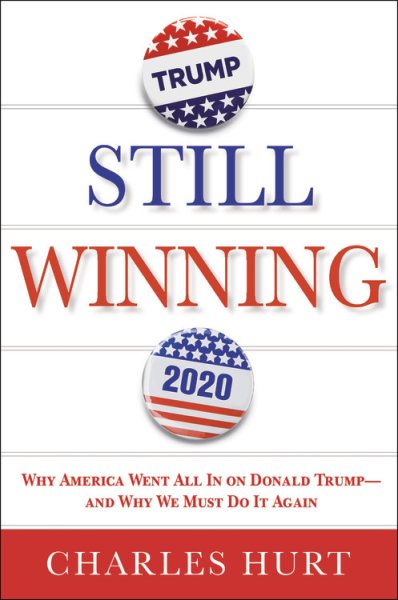 Argues that President Trump is the ideal change-maker that can put an end to America's uncontrollable and corrupt system of government ruled by special interests. Read More
In this stirring true account of American leadership, learn how President Trump will put an end to a corrupt system of government ruled by the establishment and special interests.Still Winning is the story of the unlikeliest of heroes who emerged from the unlikeliest of places to take up the impossible cause of a truly forgotten people. They are people who love their country, trust their higher God, obey laws and will do anything for their family and neighbors. They are the very people the Founders envisioned when they hatched the radical idea of self-governance.This is the story of a Leviathan government -- the most powerful political force in the history of mankind -- that has become dangerously unmoored from the people it represents. It is the story of how elites and the politically comfortable controlling both parties in Washington have utterly lost touch. They don't even realize how much the people they represent despise the uncontrollable Leviathan.The establishment has tried their best to ignore Donald Trump -- except to brand him as a racist, a xenophobe, an isolationist, and a dangerous, violence-inciting war monger. All standards of reporting vanished. In the era of Trump, no sort of criticism was off-limits. They openly mocked his looks, ridiculed his private business accomplishments, pilloried his family and children and made fun of his foreign-born wife for her accent!The Leviathan has grown untamable. Democrats and Republicans run for office year after year on promises they have no intention of keeping. Neither side wants to fix a single problem. The whole thing has become one giant ungovernable, corrupt Ponzi scheme that -- one day -- will come crashing down.Charles Hurt advocates for the "Nuclear Option" for dealing with this mess: just blow the whole damned thing up. Whatever is presidential or diplomatic, let's try the opposite. Whatever these people in Washington find most horrifying, let's try that. Finally, the multi-headed Leviathan swamp monster has met the perfect dragon slayer in Donald Trump. Still Winning examines each corrupt head of this Leviathan, and why Donald Trump is the only good answer to fixing it. Read Less

Goodreads reviews for Still Winning: Why America Went All In on Donald Trump-And Why We Must Do It Again