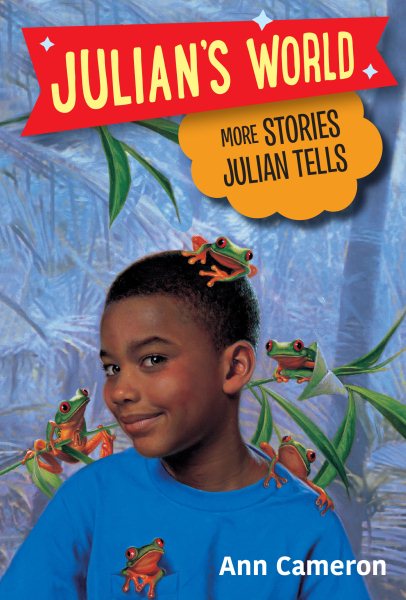 More episodes in the life of Julian including a bet with his best friend Gloria, a secret project, and what happens when his brother Huey decides to be Superboy. Read More
Bestselling classic The Stories Julian Tells is just the beginning! Get ready for more of Julian's wonderful family and imagination in the Julian's World chapter book series! Julian is back with more great tales to tell. There's the one about the day so hot that even frogs wore shoes. Or the time his best friend, Gloria, made the sun move. Sometimes, though, Julian's way with words can backfire. That's what happens when Julian calls his kid brother, Huey, a name—and their father overhears. How can a few little words get Julian into such big trouble? "Reflecting incidents true to children (making a bet with a friend, sending a message in a bottle, attempting to be brave), these stories are the sort that will make children ask for more." —School Library Journal, starred review Read Less