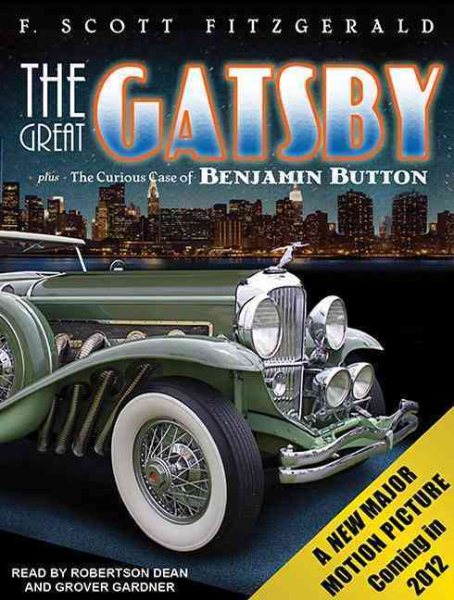 This collection brings together great American author F. Scott Fitzgerald's classic novel The Great Gatsby with his famous short story "The Curious Case of Benjamin Button," on which the 2008 movie starring Brad Pitt was based. Read More
Jay Gatsby is the man who has everything. But one thing will always be out of his reach. Everybody who is anybody is seen at his glittering parties. Day and night his Long Island mansion buzzes with bright young things drinking, dancing, and debating his mysterious character. For Gatsby-young, handsome, and fabulously rich-always seems alone in the crowd, watching and waiting, though no one knows what for. Beneath the shimmering surface of his life he is hiding a secret: a silent longing that can never be fulfilled. And soon this destructive obsession will force his world to unravel.This audiobook also includes Fitzgerald's famous short story about the man who begins life in his 70s and grows younger, "The Curious Case of Benjamin Button," which was adapted into a major motion picture starring Brad Pitt in 2008. Read Less

The Age of Turbulence: Adventures in a New World

The Oath: The Obama White House and The Supreme Court