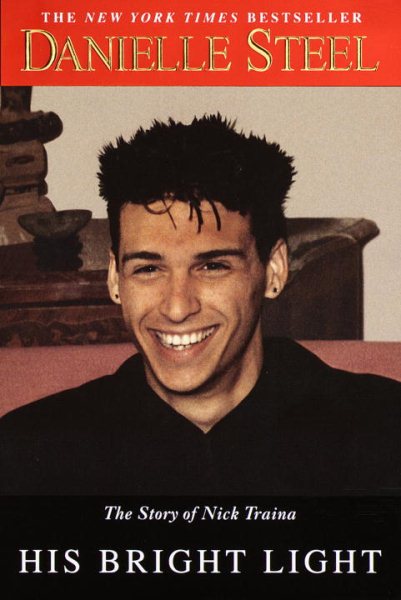 The author relates her son's struggle with manic depression, describing the early signs of his illness, the diagnosis and treatment that bought some time, and the final tragedy of his suicide at age nineteen Read More
"This is the story of an extraordinary boy with a brilliant mind, a heart of gold, and a tortured soul. It is the story of an illness, a fight to live, and a race against death."From the day he was born, Nick Traina was his mother's joy. By nineteen, he was dead. This is Danielle Steel's powerful personal story of the son she lost and the lessons she learned during his courageous battle against darkness. Sharing tender, painful memories and Nick's remarkable journals, Steel brings us a haunting duet between a singular young man and the mother who loved him--and a harrowing portrait of a masked killer called manic depression, which afflicts between two and three million Americans.Nick rocketed through life like a shooting star. Signs of his illness were subtle, often paradoxical. He spoke in full sentences at age one. He was a brilliant, charming child who never slept. And at first, even his mother explained away his quicksilver moods. Nick always marched to a different drummer. His gift for writing was extraordinary, his musical talent promised a golden future. But by the time he entered junior high, Danielle Steel saw her beloved son hurtling toward disaster and tried desperately to get Nick the help he needed--the opening salvos of what would become a ferocious pitched battle for his life.Even as he struggled, Nick's charisma and accomplishments remained undimmed. He bared his soul in his journal with uncanny insight, in searing prose, poetry, and song. When he was finally diagnosed and treated, it bought time, but too little. In the end, perhaps nothing could have saved him from the insidious disease that had shadowed him from his earliest years.At once a loving legacy and an unsparing depiction of a devastating illness, Danielle Steel's tribute to her lost son is a gift of life, hope, healing, and understanding to us all. Read Less

Goodreads reviews for His Bright Light: The Story of Nick Traina