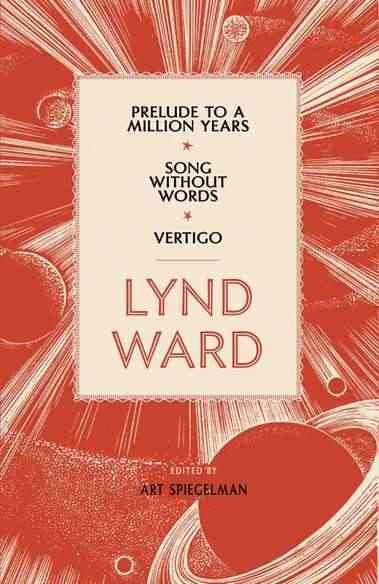 In this, the second of two volumes collecting all his woodcut novels, The Library of Ameri... Read More
In this, the second of two volumes collecting all his woodcut novels, The Library of America brings together Lynd Ward’s three later books, two of them brief, the visual equivalent of chamber music, the other his longest, a symphony in three movements. Prelude to a Million Years (1933) is a dark meditation on art, inspiration, and the disparity between the ideal and the real. Song Without Words (1936), a protest against the rise of European fascism, asks if ours is a world still fit for the human soul. Vertigo (1937), Ward’s undisputed masterpiece, is an epic novel on the theme of the individual caught in the downward spiral of a sinking American economy. Its characters include a young violinist, her luckless fiancé, and an elderly business magnate who—movingly, and without ever becoming a political caricature—embodies the social forces determining their fate.The images reproduced in this volume are taken from prints pulled from the original woodblocks or first-generation electrotypes. Ward’s novels are presented, for the first time since the 1930s, in the format that the artist intended, one image per right-hand page, and are followed by four essays in which he discusses the technical challenges of his craft. Art Spiegelman contributes an introductory essay, “Reading Pictures,” that defines Ward’s towering achievement in that most demanding of graphic-story forms, the wordless novel in woodcuts. Read Less

The Little Red Lighthouse and the Great Gray Bridge