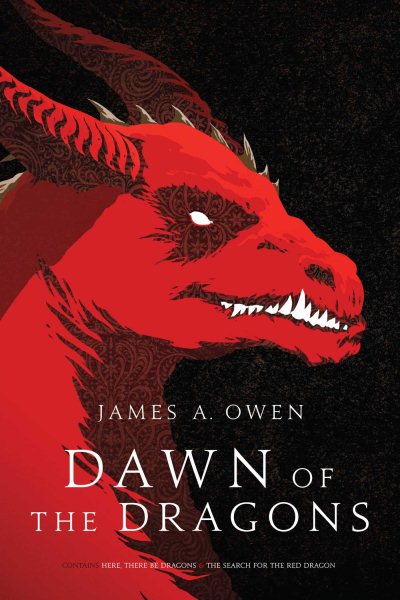 Three young men are entrusted with the Imaginarium Geographica, an atlas of fantastical places to which they travel; they return nine years later to the Archipelago of Dreams and face new mysteries and mythological challenges. Read More
What if all your most beloved stories were true? The stuff of legend lays the foundation for lore in this first installment of The Age of Dragons, an epic literary fantasy series that is at once both strange and familiar.In Here, There Be Dragons, an unusual murder brings together three strangers, John, Jack, and Charles, on a rainy night in London during the first World War. An eccentric little man called Bert tells them that they are now the Caretakers of the Imaginarium Geographica&apos;an atlas of the Archipelago of Dreams, which contains all the lands that have ever existed in myth and legend, fable and fairy tale. And these adventures will help shape two of these men into the greatest fantasists of their generation: C.S. Lewis and J.R.R. Tolkien.In The Search for the Red Dragon, it has been nine years since John, Jack, and Charles had their great adventure in the Archipelago of Dreams and became the Caretakers of the Imaginarium Geographica. Now they have been brought together again to solve a mystery: Someone is kidnapping the children of the Archipelago. Their to save the world from a centuries-old plot is to seek out the last of the Dragonships&apos;the Red Dragon&apos;in a spectacular journey that takes them from Sir James Barrie&apos;s Kensington Gardens to the Underneath of the Greek Titans of myth. Read Less

Goodreads reviews for Dawn of the Dragons: Here, There Be Dragons; The Search for the Red Dragon (1) (The Age of Dragons)