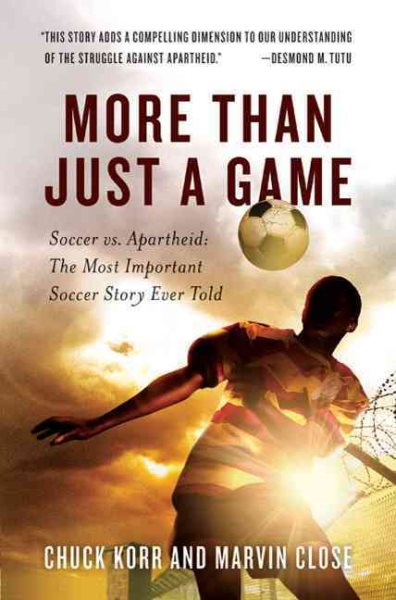 Documents the efforts of Robben Island political prisoners to play soccer, a punishable activity that led to the formation of a multi-tiered, pro-level league and became an impassioned symbol of resistance against apartheid. Read More
Timed perfectly for the 2010 World Cup in South Africa, the true story of how political prisoners under apartheid found hope and dignity through soccer In the hell that was Robben Island, inmates united courageously in an act of protest. Beginning in 1964, they requested the right to play soccer during their exercise periods. Denied repeatedly, they risked beatings and food deprivation by repeating their request for three years. Finally granted this right, the prisoners banded together to form a multi-tiered, pro-level league that ran for more than two decades and served as an impassioned symbol of resistance against apartheid. Former Robben Island inmate Nelson Mandela noted in the documentary FIFA: 90 Minutes for Mandela, “Soccer is more than just a game…. The energy, passion, and dedication this game created made us feel alive and triumphant despite the situation we found ourselves in.” Read Less

Goodreads reviews for More Than Just a Game: Soccer vs. Apartheid: The Most Important Soccer Story Ever Told

More Than Just a Game: Soccer vs. Apartheid: The Most Import...

Sunny Side Up: Prayers to Banish the Blahs and the Blues