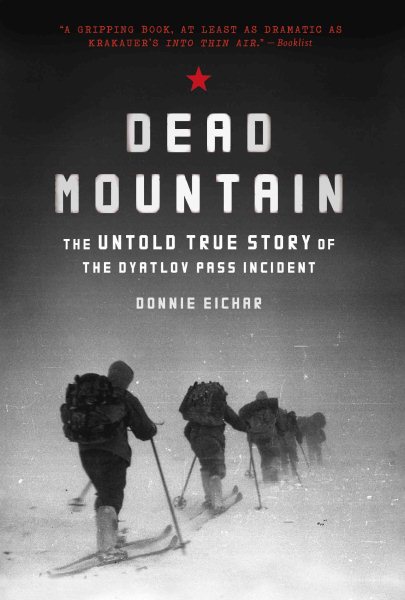 The author attempts to unravel the mystery behind a group of nine hikers whose baffling deaths in the Russina Ural Mountains has led to decades of speculation on what happened to them. Read More
A New York Times and Wall Street Journal Nonfiction Bestseller! &apos; What happened that night on Dead Mountain?The mystery of Dead Mountain: In February 1959, a group of nine experienced hikers in the Russian Ural Mountains died mysteriously on an elevation known as Dead Mountain. Eerie aspects of the mountain climbing incident&apos;unexplained violent injuries, signs that they cut open and fled the tent without proper clothing or shoes, a strange final photograph taken by one of the hikers, and elevated levels of radiation found on some of their clothes&apos;have led to decades of speculation over the true stories and what really happened.As gripping and bizarre as Hunt for the Skin Walker: This New York Times bestseller, Dead Mountain: The Untold True Story of the Dyatlov Pass Incident, is a gripping work of literary nonfiction that delves into the untold story of Dead Mountain through unprecedented access to the hikers' own journals and photographs, rarely seen government records, dozens of interviews, and the author's retracing of the hikers' fateful journey in the Russian winter.You'll love this real-life tale: Dead Mountain is a fascinating portrait of young adventurers in the Soviet era, and a skillful interweaving of the hikers' narrative, the investigators' efforts, and the author's investigations. Here for the first time is a historical nonfiction bestseller with the real story of what happened that night on Dead Mountain. Read Less

The Witch of Blackbird Pond