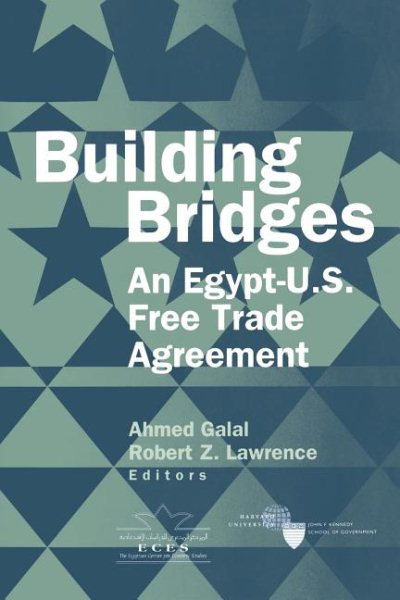 In April 1997, Egyptian President Mubarak and U.S. Vice President Gore agreed to explore the... Read More
In April 1997, Egyptian President Mubarak and U.S. Vice President Gore agreed to explore the possibility of creating a Free Trade Agreement (FTA) between Egypt and the United States. The very idea of such an agreement has been met by controversy and skepticism from critics in both countries. The authors of this book, however, believe that the case for considering an FTA between the U.S. and Egypt rests on solid economic and political grounds. An agreement could help promote Egyptian economic reform and growth, while providing substantial economic benefits to the U.S. Politically, it could strengthen American ties with an ally who plays a crucial role in helping to achieve peace in the region and in maintaining a stable supply of oil in the Middle East.This book offers U.S. and Egyptian policymakers answers to such pertinent questions as: What form should an FTA agreement take? Should it concentrate on border barriers or cover other aspects such as investments and services? What are the likely implications for both countries? And how will such an agreement affect the rest of the region? Its conclusions will be relevant to policymakers elsewhere in their pursuit of similar regional trade agreements.Copublished with the Egyptian Center for Economic Studies Read Less

Betsy and Tacy Go Over the Big Hill (Betsy-Tacy, 3)