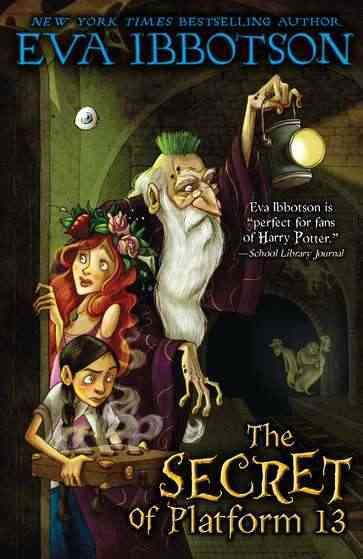 Odge Gribble, a young hag, accompanies an old wizard, a gentle fey, and a giant ogre on their mission through a magical tunnel from their Island to London to rescue their King and Queen's son who had been stolen as an infant. Read More
A forgotten door on an abandoned railway platform is the entrance to a magical kingdom--an island where humans live happily with mermaids, ogres, and other wonderful creatures. Carefully hidden from the world, the Island is only accessible when the door opens for nine days every nine years. When the beastly Mrs. Trottle kidnaps the Island's young prince, it's up to a strange band of rescuers to save him. But can the rescuers--an ogre, a hag, a wizard, and a fey--sneak around London unnoticed? Fans of Roald Dahl, Lewis Carroll, and E. Nesbit will delight in this comic fantasy. Read Less

Goodreads reviews for The Secret of Platform 13