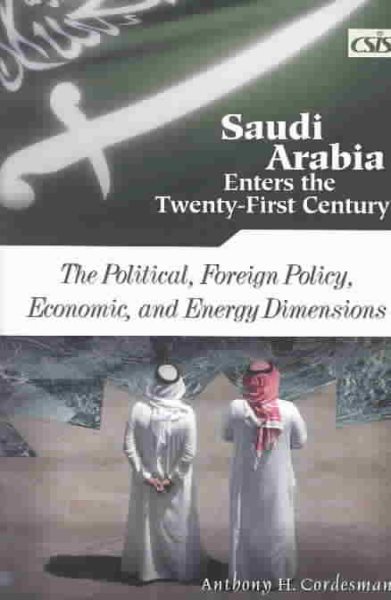 Cordesman analyses the major political and economic changes that confront Saudi Arabia and assesses their impact on regional stability. Read More
Writing largely for an audience of U.S. foreign policy makers, Cordesman (Center for Strategic and International Studies) assesses the "strategic future" of Saudi Arabia. Political factors impacting external and internal stability are discussed, as are such issues as social and demographic trends, the structure of the economy, and the politics of oil. Cordesman makes a number of recommendations for political and economic reform, most of which seem to be based on the continuance of the status quo U.S.-Saudi political and military relationship, but purposely avoids overarching theories about the country. Because regional realities are currently under a state of rapid flux, updates to the work are said to be expected at the Center's Web site. A companion volume looks at military and state security issues. Annotation (c) Book News, Inc., Portland, OR (booknews.com) Read Less

Transnational Threats from the Middle East: Crying Wolf or C...