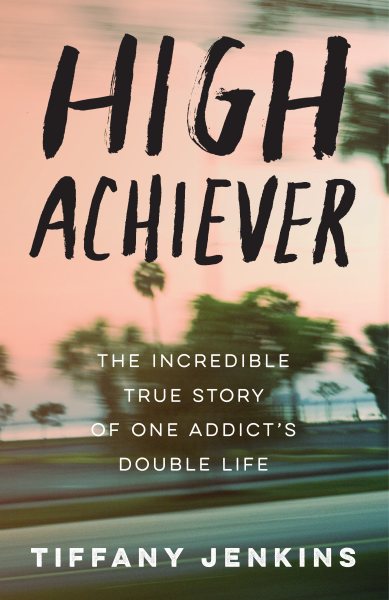 "Beloved for her complete authenticity, raw honesty, and lovable humor, Tiffany Jenkins is the human voice of the opioid epidemic. This is her gripping true story, from her life as an addict, 27 felony charges, and six months in a Florida prison to her eventual sobriety and new life as a mom, wife, and inspiration to millions. A few years ago, Tiffany Jenkins was detoxing behind bars at a Florida prison, incarcerated on 27 felony charges. Now, she's clean and sober, a married mother of three. As she found her way in her new life, she started sharing on social media as an outlet for her depression and anxiety. She struck a chord, several of her videos went viral (one with 46million views), and in the past year her following exploded from a few hundred thousand to more than 3 million. Raw and juicy, compulsively readable and ultimately inspirational, the memoir opens in the Florida women's prison where Tiffany was incarcerated for 180 days. The memoir flashes back in time to the events that led to Tiffany's imprisonment (during the time of her active addiction, Tiffany was dating and living with a cop), and moves forward to her eventual sobriety"-- Read More
NATIONAL BESTSELLER • An up-close portrait of the mind of an addict and a life unraveled by narcotics—a memoir of captivating urgency and surprising humor that puts a human face on the opioid crisis. “Raw, brutal, and shocking. Move over, Orange Is the New Black.”—Amy Dresner, author of My Fair JunkieWhen word got out that Tiffany Jenkins was withdrawing from opiates on the floor of a jail cell, people in her town were shocked. Not because of the twenty felonies she’d committed, or the nature of her crimes, or even that she’d been captain of the high school cheerleading squad just a few years earlier, but because her boyfriend was a Deputy Sherriff, and his friends—their friends—were the ones who’d arrested her. A raw and twisty page-turning memoir that reads like fiction, High Achiever spans Tiffany’s life as an active opioid addict, her 120 days in a Florida jail where every officer despised what she’d done to their brother in blue, and her eventual recovery. With heart-racing urgency and unflinching honesty, Jenkins takes you inside the grips of addiction and the desperate decisions it breeds. She is a born storyteller who lived an incredible story, from blackmail by an ex-boyfriend to a soul-shattering deal with a drug dealer, and her telling brims with suspense and unexpected wit. But the true surprise is her path to recovery. Tiffany breaks through the stigma and silence to offer hope and inspiration to anyone battling the disease—whether it’s a loved one or themselves. Read Less