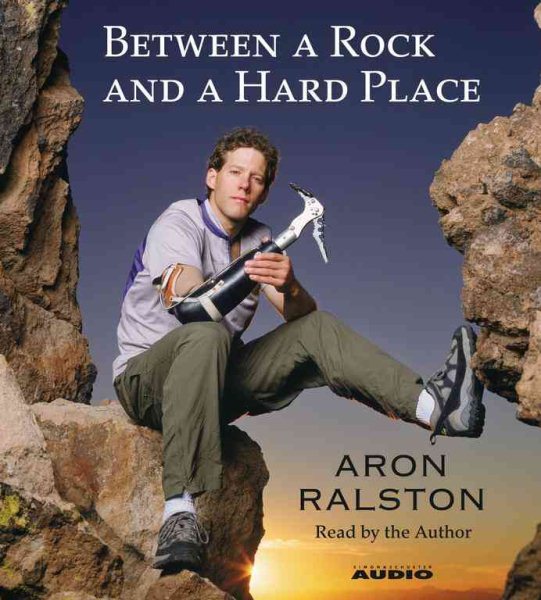 A mountaineer who survived a near-fatal accident by amputating his arm when it became trapped behind a boulder in Utah describes how he endured five days of hypothermia, dehydration, and hallucinations before managing his own rescue. Read More
"It's 3:05 on Sunday, April 27, 2003. This marks my twenty-four-hour mark of being stuck in Blue John Canyon. My name is Aron Ralston. My parents are Donna and Larry Ralston, of Englewood, Colorado. Whoever finds this, please make an attempt to get this to them. Be sure of it. I would appreciate it."One of the most extraordinary survival stories ever told -- Aron Ralston's searing account of his six days trapped in one of the most remote spots in America, and how one inspired act of bravery brought him home.It started out as a simple hike in the Utah canyonlands on a warm Saturday afternoon. For Aron Ralston, a mountaineer and outdoorsman, a walk into the remote Blue John Canyon was a chance to find himself in his element: alone, with just the beauty of the natural world around him.In a deep and narrow slot canyon, Aron was climbing down off a wedged 800-pound boulder when it terrifyingly came loose, pinning his right hand and wrist against the canyon wall.What does one do in the face of almost certain death? The knowledge of his family's and friends' love kept him alive, until a divine inspiration on Thursday morning solved the riddle of the boulder. Aron then committed the most extreme act imaginable to save himself. Read Less

Goodreads reviews for Between a Rock and a Hard Place

Between a Rock and a Hard Place

127 Hours: Between a Rock and a Hard Place