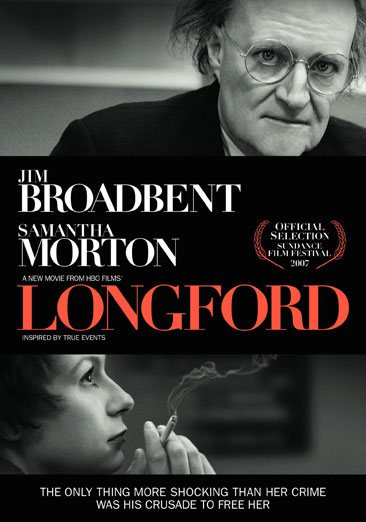 Based on true events, tells the story of Frank Aungier Pakenham, the 7th Earl of Longford, a politician and champion of prisoners' rights who campaigned for the release and rehabilitation of Myra Hindley, one of the notorious Moors Murderers. Read More
Mere mention of convicted child murderer Myra Hindley's name is enough to send shivers down the spines of most people in her native U.K. This HBO drama concerns the strange friendship Hindley struck up with a British Lord, Frank Aungier Pakenham (the seventh Earl of Longford), after she was incarcerated. (2006), C, 93 min., NR, CC, HBO Video. Read Less