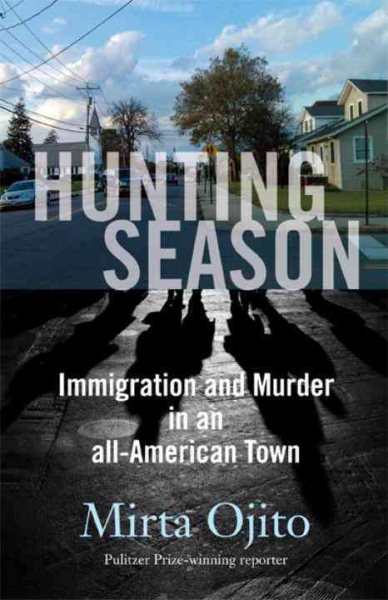 Documents the true story of a Long Island immigrant's murder in 2008, citing the hate biases that compelled a group of teens to attack the Ecuadorean victim, who became a symbol of flaws in America's immigration system. By the Pulitzer Prize-winning author of Finding Mañana. Read More
2014 International Latino Awards FinalistThe true story of an immigrant's murder that turned a quaint village on the Long Island shore into ground zero in the war on immigration   In November 2008, Marcelo Lucero, a thirty-seven-year-old undocumented Ecuadorean immigrant, was attacked and murdered by a group of teenagers as he walked the streets of the Long Island village of Patchogue accompanied by a childhood friend. The attackers were out &apos;hunting for beaners.&apos; Chasing, harassing, and assaulting defenseless &apos;beaners&apos;&apos;their slur for Latinos&apos;was part of their weekly entertainment, some of the teenagers later confessed. Latinos&apos;primarily men and not all of them immigrants&apos;have become the target of hate crimes in recent years as the nation wrestles with swelling numbers of undocumented immigrants, the suburbs become the newcomers&apos; first destination, and public figures advance their careers by spewing anti-immigration rhetoric. Lucero, an unassuming worker at a dry cleaner&apos;s, became yet another victim of anti-immigration fever. In the wake of his death, Patchogue was catapulted into the national limelight as this formerly unremarkable suburb of New York became ground zero in the war on immigration. In death, Lucero became a symbol of everything that was wrong with our broken immigration system: fewer opportunities to obtain visas to travel to the United States, porous borders, a growing dependency on cheap labor, and the rise of bigotry. Drawing on firsthand interviews and on-the-ground reporting, journalist Mirta Ojito has crafted an unflinching portrait of one community struggling to reconcile the hate and fear underlying the idyllic veneer of their all-American town. With a strong commitment to telling all sides of the story, Ojito unravels the engrossing narrative with objectivity and insight, providing an invaluable look at one of America&apos;s most pressing issues. Read Less

Goodreads reviews for Hunting Season: Immigration and Murder in an All-American Town

Secrets from the Grave