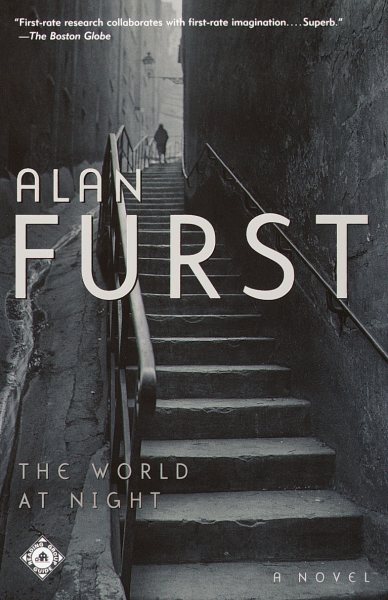 In 1940 occupied Paris, French film producer and bon vivant Jean Casson undertakes a dangerous mission against Germany in the world of espionage, an assignment that could cost him everything--even his life. Read More
“First-rate research collaborates with first-rate imagination. . . . Superb.”—The Boston GlobeParis, 1940. The civilized, upper-class life of film producer Jean Casson is derailed by the German occupation of Paris, but Casson learns that with enough money, compromise, and connections, one need not deny oneself the pleasures of Parisian life. Somewhere inside Casson, though, is a stubborn romantic streak. When he’s offered the chance to take part in an operation of the British secret service, this idealism gives him the courage to say yes. A simple mission, but it goes wrong, and Casson realizes he must gamble everything—his career, the woman he loves, life itself. Here is a brilliant re-creation of France—its spirit in the moment of defeat, its valor in the moment of rebirth.Praise for The World at Night“[The World at Night] earns a comparison with the serious entertainments of Graham Greene and John le Carré. . . . Gripping, beautifully detailed . . . an absorbing glimpse into the moral maze of espionage.”—Richard Eder, Los Angeles Times“[The World at Night] is the world of Eric Ambler, the pioneering British author of classic World War II espionage fiction. . . . The novel is full of keen dialogue and witty commentary . . . . Thrilling.”—Herbert Mitgang, Chicago Tribune“With the authority of solid research and a true fascination for his material, Mr. Furst makes idealism, heroism, and sacrifice believable and real.”—David Walton, The Dallas Morning News Read Less

Goodreads reviews for The World at Night: A Novel

Spies of the Balkans: A Novel