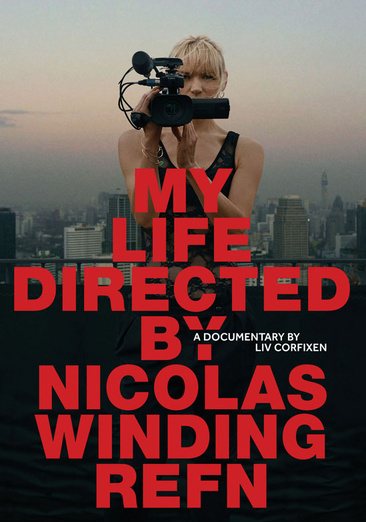 Filmmaker Nicolas Winding Refn's process is documented by his wife as he produces and release his movie "Only God forgives." Read More
"Director Nicolas Winding Refn burst onto the film scene in the late 1990s with the delightfully nasty Pusher trilogy, and has continued to produce some of the most thought-provoking and visually spectacular genre-benders of any modern auteur. From Tom Hardy's career-defining Bronson to Mads Mikkelsen's Valhalla Rising to Ryan Gosling’s Drive, Refn has time and again crafted nuanced portraits of deeply conflicted but undeniably charismatic antiheroes. In My Life Directed By Nicolas Winding Refn, Refn's own deep conflict is swinging in the breeze as we witness him wrestle with the particularly challenging production of Only God Forgives. Directed and shot by his wife Liv Corfixen, the film captures the very private and intimate moments to which a traditional documentary crew simply wouldn't have access. The result is a fascinating, detailed look at a creative genius at work and also a portrait of a director torn between the general public's desire for a Drive 2 and his own mission to explore more challenging narrative territory." Read Less